Hit and Run on a Taco Bell in Goshen 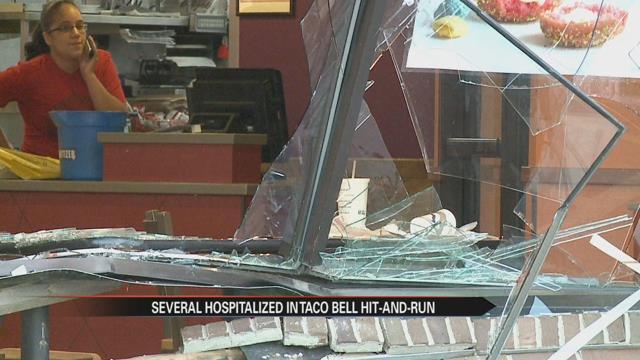 A vehicle crashed into the Taco Bell on Pike Street in Goshen Tuesday night causing structural damage. Two people inside the restaurant and one person outside were injured.

Jeremy Sparks works across the street at Sparks Construction.

He says around 8 p.m. he and several others ran over to help an injured teen who was bleeding from his head.

Sparks says a female driving a maroon Ford Taurus hit the Taco Bell and then took off.

“I heard the scream apparently that is when somebody was maced. After that, well I looked out the window. I heard and saw the crash of the glass and then lots of people yelling,” says Sparks.