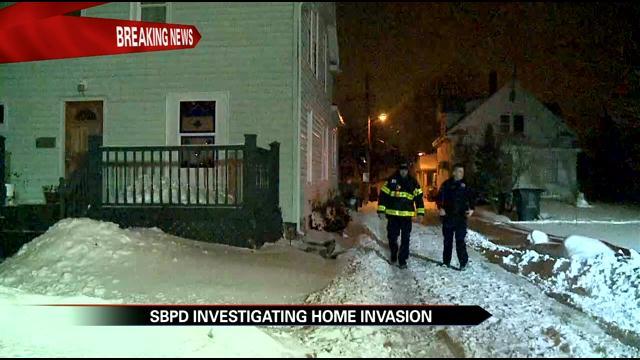 Police received the call around 11:30 p.m. and were called to the 200 block of Riley Place.

When police got there they had their guns drawn and the street was blocked off. Kerry Katt was in the home when the invasion happened and recalled going to the door thinking it was just her neighbor who frequently borrows a key to the garage the two of them share.

Kerry's fiance Laken Rhodes was not home when the invasion happened but says he did not know how bad it was until he got home.

"I was at work and she called me at work on my cell, it was about a quarter till 11. She was frantic, and I tried to get her to call the cops but she was just too out of it so I told my boss, 'Hey I got to get home,'" said Rhodes.

Kerry described the suspect as a dark African American male, with short hair, who is about 5'3" tall and also has a gap between his front two teeth.

He appeared be wearing dark clothes, a puffy coat, and walked with a limp.

Police are still looking to find this man.