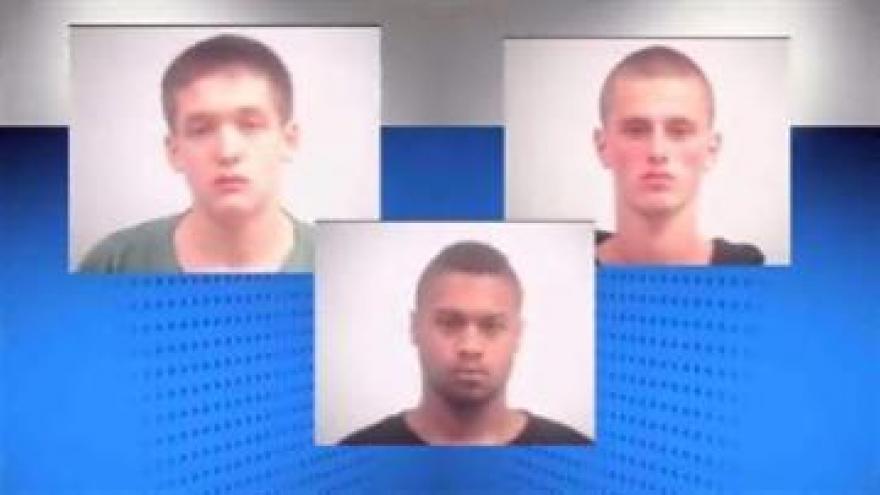 ELKHART, Ind. -- For the first time, the homeowner who shot and killed Danzelle Johnson last October during an alleged home invasion gave his side of the story.

Three teens, Blake Layman, Anthony Sharp Junior and Levi Sparks, are on trial for murder in Johnson's death. A fourth teen accepted a plea deal and testified on Wednesday.

Scott said he had never fired the gun before although he has owned it for six years.

Scott said he was sleeping in his bedroom upstairs when he heard a loud boom that shook his whole house.

He said he grabbed his cell phone, heard a second boom and decided to grab his gun.

He heard a third boom and that's when he made his way downstairs.

He said once he was downstairs, he saw one person run out the backdoor in the kitchen and two others standing by his bedroom door.

When asked if he remembered aiming the gun, Scott said he didn't.

Chief Deputy Prosecutor Vicki Becker asked if he was aware that it was his shot that killed Johnson.

She asked how he felt about it.

"I feel horrible about it because I don't know how it could've happened," said Scott.

The defense argues that there were several moments, from the time he heard the first boom, that Scott had an opportunity to call 9-1-1 before firing the weapon.

They are also disputing how many rounds were fired and why Scott didn't announce he had a weapon before starting to shoot.