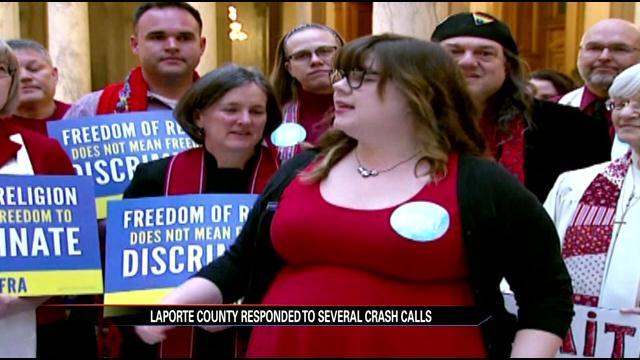 The Indiana House has passed the Religious Freedom Restoration Act SB101 by a vote of 63-31, according to the Indiana General Assembly website.

The bill has sparked controversy over the past several months.

The bill allows Indiana business owners the right to deny services to gay and lesbian customers.

Supporters of the bill have said business owners should not face punishment when acting within their religious freedoms.

But opponents believe gives business owners a right to discriminate.

South Bend Common Council President Tim Scott said this is a step backwards for the entire state of Indiana.

The bill now goes to the senate for a final vote.
Share this article: