How an American couple founded an African baseball team by accident 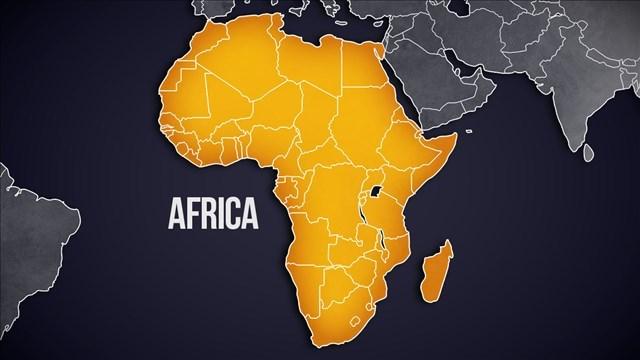 (CNN) -- Every Saturday, a well-worn horse field in the Zambian capital of Lusaka transforms into a baseball diamond. Sure, the donated bases have seen better days, there's no catcher's gear to speak of and the southpaws have to make due with one left-handed glove, but it's something. It's actually something quite amazing.

The few dozen kids that gather here are the Chilundu Leopards, a group of local boys and girls mentored by Chris and Erin McCurdy, an American expat couple from southern Maryland.

Together, they have built a team that has revived interest for a long-neglected sport and caught the attention of baseball lovers an ocean away.

And like so many good baseball stories, the whole thing started with a game of catch.

Watching through the fence

Chris and Erin McCurdy work for Hope International teaching savings and financial skills in Lusaka. Their mutual love of baseball comes complete with a healthy crosstown rivalry: He roots for the Washington Nationals, and she the Baltimore Orioles.

In March, just as Spring Training was starting to get underway in the US, the McCurdys met up with a friend in a nearby polo field to play a little catch.

Before long, they noticed they had a visitor watching them through a fence.

"We tossed it around for maybe half an hour, and one little boy came up and was kind of watching us," Erin McCurdy told CNN.

"You want to play?" they asked. He said yes.

Eventually some other boys joined in on their way to a soccer match. There was only three gloves and one ball to play with, but it didn't seem to matter. Their enthusiasm gave the McCurdys a wild idea.

"Towards the end of the day, we asked them if they wanted to come back next week," Erin said. "They said yes."

What started as a random gathering of six or seven kids turned into nine the next Saturday, and more the Saturday after that.

The McCurdys got a hold of some bats, a few helmets, and started teaching fundamentals. Before those donated bases came around, they just dropped extra gloves as markers on the field. They kept thinking the kids' interest in this strange sport would die down from week to week, but it didn't.

"You guys need a name," the couple said during practice one weekend.

Most of the players live in Chilundu, a neighborhood within Lusaka, and they needed a symbol to represent them. Something powerful, something African. Maybe a lion? A cheetah?

"They really like leopards, it's very unique to Zambia," Chris said.

The Chilundu Leopards. A team was forming, right before their eyes.

Zambia isn't a big baseball country. The kids in Lusaka were raised on soccer and cricket, and they sometimes chop away at pitched balls as if they were holding wide, heavy cricket bats instead of thin aluminum ones.

The idea that this game is played professionally, for the enjoyment of millions of people, is an abstraction half a world away. Not one of them has ever seen a Major League Baseball game, even on TV. Their favorite player by default is Washington Nationals first baseman Ryan Zimmerman, because Chris McCurdy owns a jersey with his name on it.

The kids show up every Saturday not because they have dreams of a big contract or becoming the next Derek Jeter. Most don't even know who that is. They're hungry; for fun, for guidance, for hard work.

Erin says, when they were starting out, she wanted to make sure the kids knew they didn't have to play. "I was talking to one of our older boys, his name is Phillip," she says. "And I remember saying ... Do you want us to shorten practice?"

"We would keep playing all day if we could," he replied.

Then there's 8-year-old Big John who, in keeping with his name, looks like he barely clears four feet. While his teammates smile between at-bats, Big John's face is a knot of concentration. He's fearless, always studying the game.

Chris thinks that kids like Big John could have a real shot at success in baseball, if they had the right guidance and infrastructure. Unfortunately, in Zambia right now, that's not the case.

In June, after a few months of coaching the Chilundu Leopards, Chris McCurdy got a very interesting call. It was Chabi Chondoka, the former head of the now-defunct Baseball and Softball Association of Zambia. He wanted to pay a visit. More than that, he wanted to get the association up and running again.

Chondoka started playing in 1988 after he was introduced to the game by Cuban expats. He and a partner worked with a local NGO to build teams, get equipment donations and build interest in different high schools. Chris says they ended up building a young adult team that competed with other teams in Zambia and neighboring countries.

They ended up receiving government funding, which turned out to be a problem. The association was supposed to host a regional tournament in 2011, but the government backed out. Chondoka's partner quit, taking his significant financial contributions with him. Without money, the association went into delinquency.

When he met the Chilundu Lions, he saw the future of Zambian baseball staring back at him.

For the kids, it was a treat to see this adult who knew the game and could tell them about it in their native language. He worked the kids hard, harder than the McCurdys.

"Phillip came up to me and was like, why are you not like him?" Chris says, amused. "He said, 'If we're going to do this, we need to be more serious."

Chondoka also brought along a few former members of the national team. It was a bittersweet reunion. Seeing the promise of a new generation can't completely soothe the regret of what may have been for them, had the times been different.

"It's complicated," Chris says. "The reality is, these men and women put their heart and soul into the sport, and some were crushed and demoralized. They just felt like every time an opportunity came, there was disappointment. Some of them have seen this as a chance to help out and keep building, but others are just tired."

The McCurdys agreed to help Chondoka rebuild a baseball system in Zambia, starting with a little league. They've partnered with another American couple, Marc and Rachel Tanis, who live a few hours away in Kitwe and have built their own team similar to the Chilundu Leopards. The idea is to cultivate these two teams, and then build out the league. Meanwhile, the group wants to set up reliable financial infrastructure through charity groups and donation systems.

"The end goal is not to complicate this with politics , because it is still about the kids and them having fun," Chris says. That's the key. It began with kids showing a genuine interest in the sport, and that's the heart that will keep this new enterprise alive.

This time around, it doesn't seem like the group will have much trouble finding outside support. Chris posted pictures and updates of the Leopards on the Washington Nationals section of Reddit and the site's general baseball subreddit. People ate it up. They wanted to know where to donate and how they could get involved. The Nationals caught wind of it and sent the team 24 hats with shiny curly Ws on the crown. "That was a big blessing for us, something as simple as hats," Chris said.

Reviving baseball in Zambia will be challenging, and not just because it is a relatively foreign sport. The country has a high unemployment rate and an astonishing wealth gap that's especially evident in rapidly-growing modern cities like Lusaka. While some locals tool around in Mercedes and BMWs, others live on mere dollars a day. The kids from Chilundu are on the latter side.

Because of this, the McCurdys try not to pry into the personal lives of their players. They try not to ask about the future. The kids are happy, the McCurdys say. The older ones want to finish school, pursue a career, have a family and provide.

Until then, and maybe even then, there is this dream of baseball planted out there in the horse field. And every week, a few kids from Chilundu walk half an hour from their homes to grow it with bats and gloves, with determination and the sheer inertia of the idea that what they are doing is fun and should continue to exist.

To learn more about the Chilundu Leopards and Zambia Baseball, click here.