How the Brexit vote will impact you in Michiana 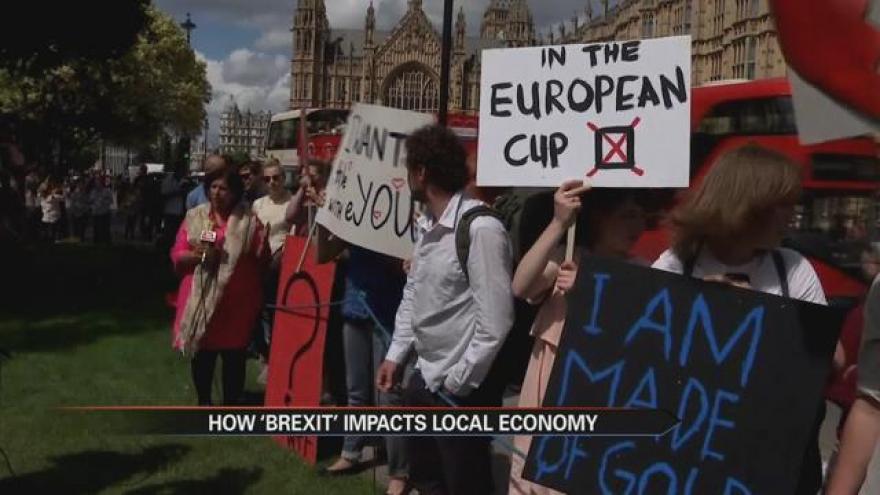 As the world watches history unfold in the United Kingdom, we wanted to find out what impact the Brexit vote could have here in Michiana.

Professor Mark said there’s a reason the world’s stock markets are on a roller coaster ride after the United Kingdom voted to leave the European Union.

“The markets don’t like uncertainty, and that’s the main thing, is that there’s a lot of uncertainty going forward as to how this thing will play out,’ Mark said.

But here in the U.S. – specifically in Michiana – Mark said the U.K.’s decision won’t bring any major consequences.

“I think the impact to someone in Indiana is going to be secondary,” he said.

He said secondary, even though the U.K. and Indiana have a close relationship economically.

The report says at least five global, U.K.-based companies are here in Indiana, and more than 29,000 Hoosiers are employed by at least 80 British firms.

“Our livelihood is tied to the resources that we have in this country,” he said. “The capital and the labor and the technology…in the long run, none of that’s gonna change.”

While you may read headlines saying your mortgages or 401ks may be in danger because of the vote, Mark said patience is necessary.

“Don’t sell,” Mark said. “The worst thing you can do during a crisis is to sell, because then you’re buying high and selling low.”

He said the markets usually bounce back after experiencing some turbulence, even in historic moments like this.

“In terms of, like, having a significant impact on our livelihoods, I don’t think that it’s going to be a big issue,” Mark said.

With the value of the pound steadily decreasing because of the vote, many reports say now is a good time for Americans to travel to the United Kingdom to take advantage of the currency change.

“I don’t know that anyone is going to be able to book any trips now and realize any serious advantage,” Edgerton said. “If someone is over [in the U.K.] now? Yes. The value of the pound has plummeted quite a bit, so anyone making any purchases or anything there now is going to realize some savings. “

Edgerton said booking a trip to the U.K. now would most likely cost the same if you had booked it before the vote, mainly because last-minute airfare will cost you extra.