How to protect yourself from smart phone thefts 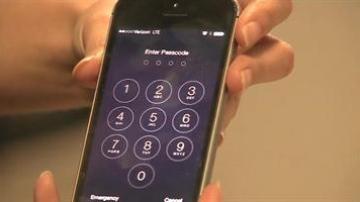 SOUTH BEND, Ind. --According to the F.C.C., nearly one third of all robberies in the United States are that of stolen cell phones.

Smart phones are usually worth around $600.

“My son took his phone to the gas station and he set it on the counter and somebody snatched it,” said Angela Temple.

It was not long after Temple’s son’s phone was stolen, that her son spotted it for sale on Craigslist.

“My son noticed that this guy that stole our phone put it on Craigslist and he used that number of the phone that he stole as the contact number,” said Temple.

Smart phone thefts are a multi-million dollar industry that span across the globe.

One third of all robberies in the U.S. include stolen cell phones.

It has gotten so bad, last month 2 democratic senators introduced a bill deemed “the kill switch”.

It would require all smart phones to have a switch that could be used to erase all information on the phone and disable it from use if the phone is stolen.

Some smart phones already have a kill switch.

For instance the i-Phone has an app called Find My iPhone. It enables you to go online, erase your personal information, lock your phone and pinpoint its exact location.

Temple says police are overloaded with too much case work to worry about her son’s stolen phone.

“Police really didn’t say anything. They said they would have to hand it over to detectives,” said Temple.

She says it’s up to the consumer to protect themselves from these smart phone thieves.

“I would definitely recommend that they put the G.P.S. app on it.  It is not always accurate but it is going to be your best protection,” said Temple.