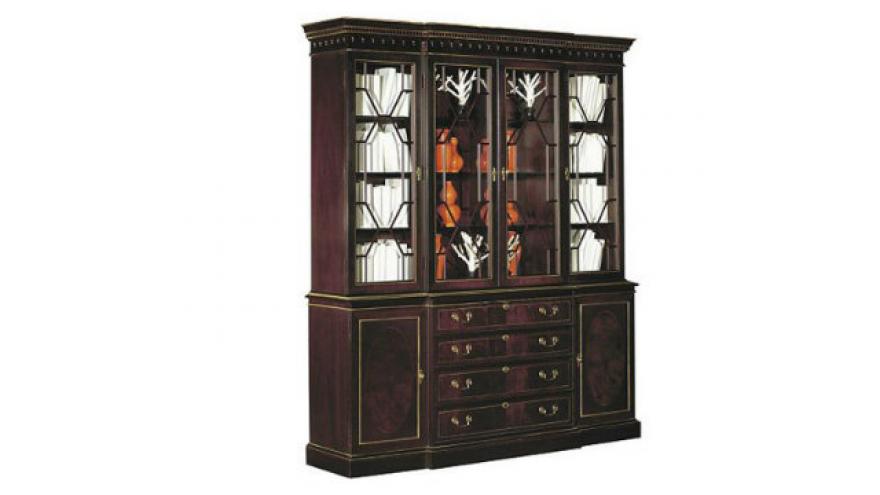 One breakfront from the James River Collection in Medium Mahogany finish. The cost of this piece is $7,091. Photo courtesy Hickorychair.com 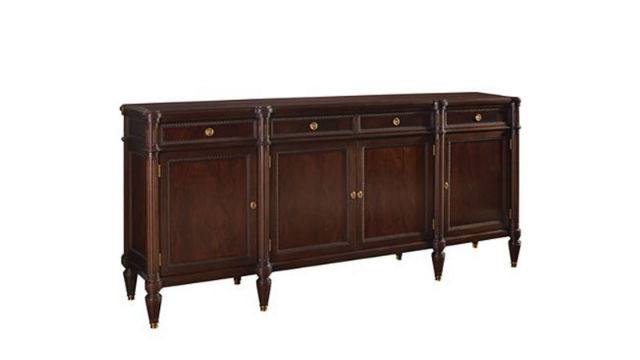 One Hickory Chair Jefferson Sideboard from the Alexa Hampton Collection in Medium Mahogany finish. The base cost $5,279 and the wood top cost $1,209. In total, this piece cost $6,488. Hickorychair.com

(CNN) -- The pricey furniture order for Secretary Ben Carson's private dining room at the Department of Housing and Urban Development "has officially been canceled," the owner of the company that made the sale confirmed to CNN.

Evelyn Sebree, of the interior design firm Sebree and Associates, told CNN on Thursday evening that the company had waived the restocking fee for HUD, so none of the agency's funds will be used for the order.

Earlier this week, a HUD employee claimed she had been demoted in part over her refusal to spend more than she was legally allowed to redecorate Carson's office.

In a November 2017 complaint, Helen Foster said she had been told to "find money" beyond the legal $5,000 limit for redecorating. In one instance, she said, a supervisor said that "$5,000 will not even buy a decent chair."

HUD also ordered a $31,000 dining room set for Carson's office, according to federal records and a whistleblower. 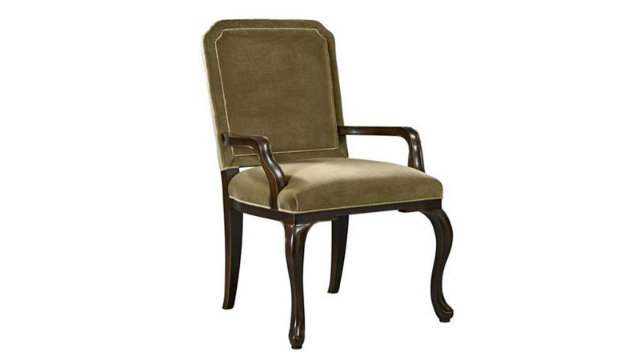 Two Regent Dining Arm Chairs from the David Phoenix Collection. The chairs cost $1050 individually and the total for 2 chairs was $2,100. The chairs were ordered in Blue Velvet fabric instead of the color shown. Hickorychair.com

The furniture included a table, sideboard, breakfront -- all in mahogany -- and 10 mahogany chairs with a blue velvet finish, according to Sebree and Associates and purchase documents obtained by CNN.

HUD ordered the dining set in December and it was set for delivery in May.

On Thursday, CNN first reported a statement provided by a Carson adviser that said the secretary was requesting that the order for the dining set be canceled.

"I was as surprised as anyone to find out that a $31,000 dining set had been ordered," Carson said in the statement. "I have requested that the order be canceled. We will find another solution for the furniture replacement.

Carson also said that his wife, Candy Carson, had "asked if used furniture was an option," the first time there's been an indication that she had been involved in the process. "My wife also looked at catalogs and wanted to be sure that the color of the chair fabric of any set that was chosen matched the rest of the decor," he wrote.

"I made it known that I was not happy about the prices being charged and that my preference would be to find something more reasonable," he added.

Carson said he did not know the cost of the set when it was ordered.

In his statement, Carson said "the furniture is 30 to 50 years old" and added that it was "unsafe."

At the White House on Thursday, press secretary Sarah Sanders told reporters the agency was "looking for another option that is much more responsible with taxpayer dollars."