'I know I'm going to prison':Tyron Johnson testifies in his murder case 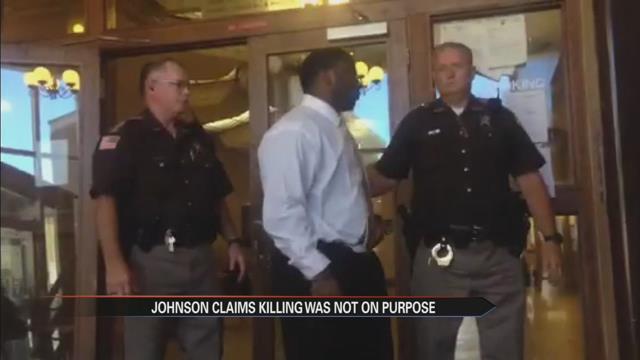 The prosecution and defense rested Wednesday in the Tyron Johnson case.

Johnson is accused of killing the mother of his child, Precious Jackson, in front of her children last year.

Johnson didn’t deny it when he took the stand.

“I know I’m going to prison,” he told the court.

The question remains of whether it a spur of the moment decision or a murder.

The defense is arguing voluntary manslaughter.

Johnson’s account of the crime begins with an argument.

He said he and Jackson got into a fight in front of his parent’s house.

Johnson says that’s when he pulled out a gun that Jackson originally bought him to protect her.

Jackson says he though the safety was off but began shooting, then blacked out after the first few shots and began running.

After being found by police, Johnson wrote a letter to Precious Jackson’s mother, apologizing for killing the young woman.

He said “it wasn’t on purpose,” but also stated his intentions to try for a lesser charge than murder in the letter.

It was during Johnson’s testimony where some spectators became very upset, made some sort of comment and left the courtroom.

They were not allowed in afterward.

Before Johnson’s Testimony, expert witnesses testified for the prosecution, and explained evidence.

Firearms expert Ray Wolfenbarger identified the gun and bullets used in the killing of Jackson.

He said most of the bullets and casings found at the scene came from the same gun, also found nearby.

The prosecution also showed a video of Johnson and Jackson riding a bus moments before she was killed.

A doctor who performed Jackson’s autopsy also testified that she had multiple bullet wounds on her body.

One went through her neck, one through her torso, the last basically blew one of her toes off.

Thursday, the jury will be read instructions, and closing statements will begin.