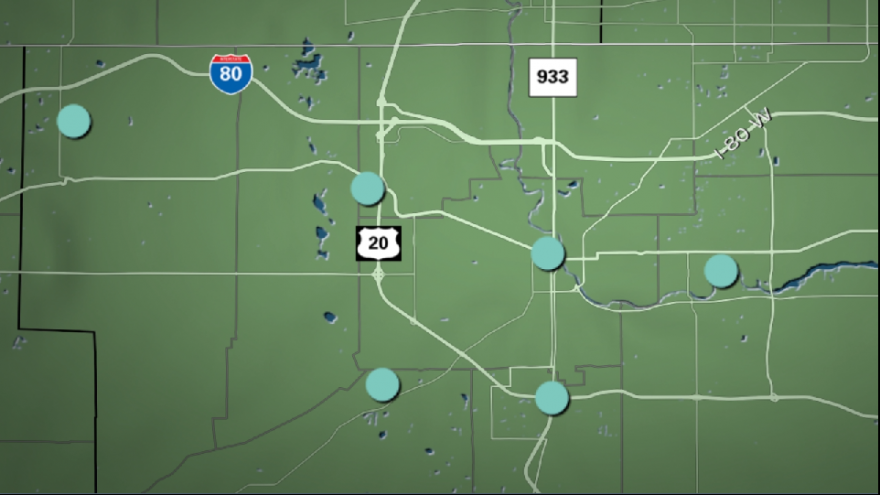 Indiana Michigan Power is investing $170,000,000 over the next few years into upgrading, replacing and modernizing  the facilities that bring power to your home. So far, they’ve announced three different phases of the project to better the region’s power systems, called Powering Up South Bend. Tuesday, they announced that they’re entering their fourth phase in February, and it affects many here in South Bend.

The project is aimed at enhancing service to South Bend customers. The newest in this six part project is the  Central South Bend Reliability Project which will specifically affect South Bend.

“A lot of these transmission lines are decades old and they've served their purpose but it is time for them to be replaced. They’re aging, populations have changed, and there have been places where the need has grown,” said Tracy Warner, Principal Communications Representative for I&M.

I&M says it’s in this phase that they will construct two new substations and about two miles of new 69 kilovolt underground transmission line to connect those substations. When this construction is complete, the company will retire the aging Drewry and Colfax substations.

”This is a modernization of our system. A number of these lines are being upgraded and should actually make for fewer outages or should be restored in less time. So it will improve the reliability for the system,” said Tracy Warner, Principal Communications Representative for I&M.

I&M says that when they’re working on transmission lines, they know it can affect people, so they’re holding open houses so you can learn more about these projects. They’ll have maps showing where the proposed lines should go in relation to your property and you can talk to them about those routes at that open house. The open house will be February 23rd from 5:30 to 7:30 at the Century Center, Suite 16, in downtown South Bend. You can also view that proposed plan on the map here: