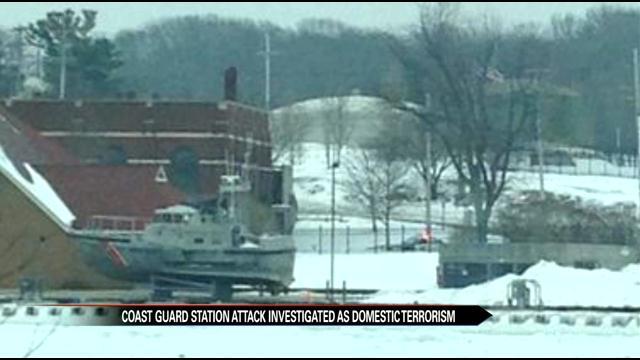 The name of the suspect in the attack on the Grand Haven Coast Guard Station has been released.

33-year-old Matthew Kruger was arraigned Monday on charges from the attack Sunday morning.

According to police, Kruger drove his truck through the station's gate and attacked the guard inside the station.

Kruger said he had a bomb and planned to plow up the truck, and was arrested at the station.

The Coast Guard in St. Joseph says they will not be increasing security after the attack, because Sunday's threat seemed to be a lone-wolf situation.