There's an interesting saying in weather folklore: "In like a lion, out like a lamb". It was used to describe the weather patterns in the month of March. When someone used this phrase, it meant that an active start to the month, full of showers, storms, or snow, would give way to a quiet and calm end. So, we took a look at the accuracy of that phrase.

Going all the way back to 1960, we took a look at the past 57 Marches to see the activity on March 1st and 31st. In the 60s and 70s, most, if not all, of the them were quiet. But, as we edge closer to the year 2000, the month has started off on a busier note. In fact, 8 of the last 17 Marches have had a loud start as showers or storms rolled through the region, dropping at least 0.5" of rain. But, overall, that statement was correct only 36.8% of the time. 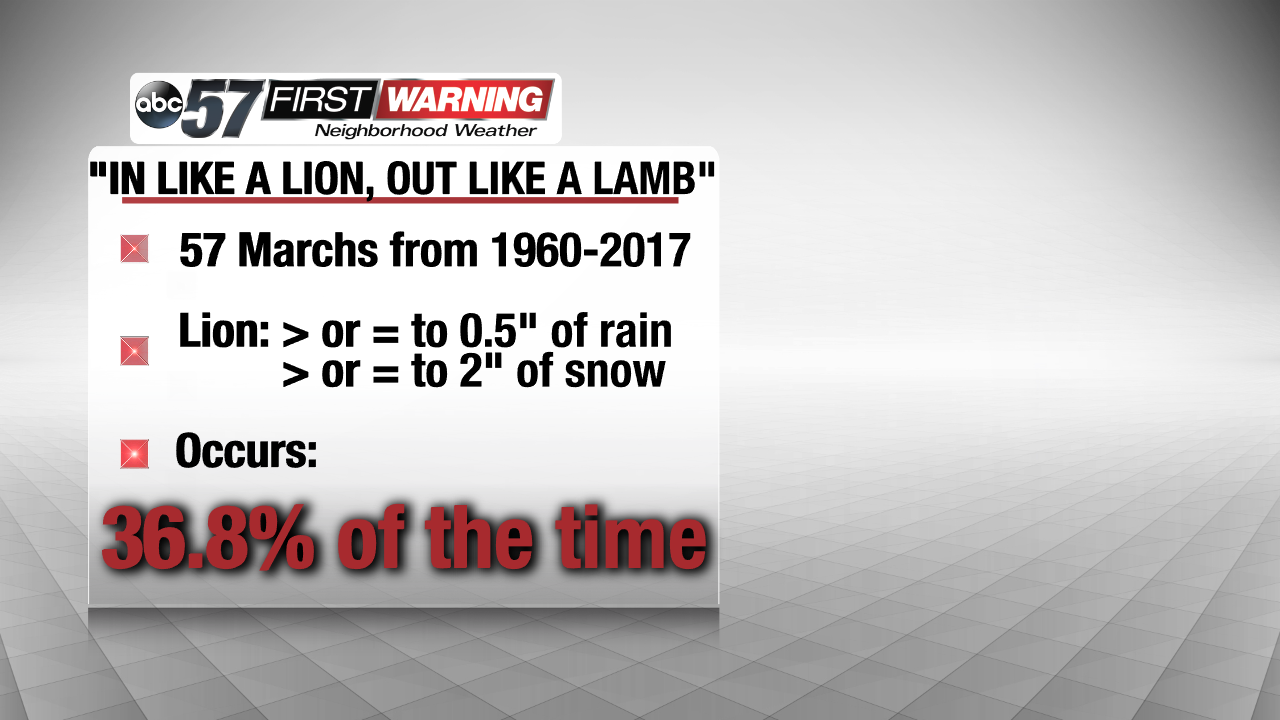 This folklore statement has only been right less than 40% of the time over the last 57 years. But, more occurrences are sprouting up.

It's an interesting note that the frequency of these instances have been increasing since 2000, and it points to a longer spring season. As temperatures start to warm a little earlier, we see a increased chance of showers and storms earlier in the calendar year. For example, in the 60s and 70s, most were quiet, and, when they were active, in was in the form of snow showers adding up to 2" or more. 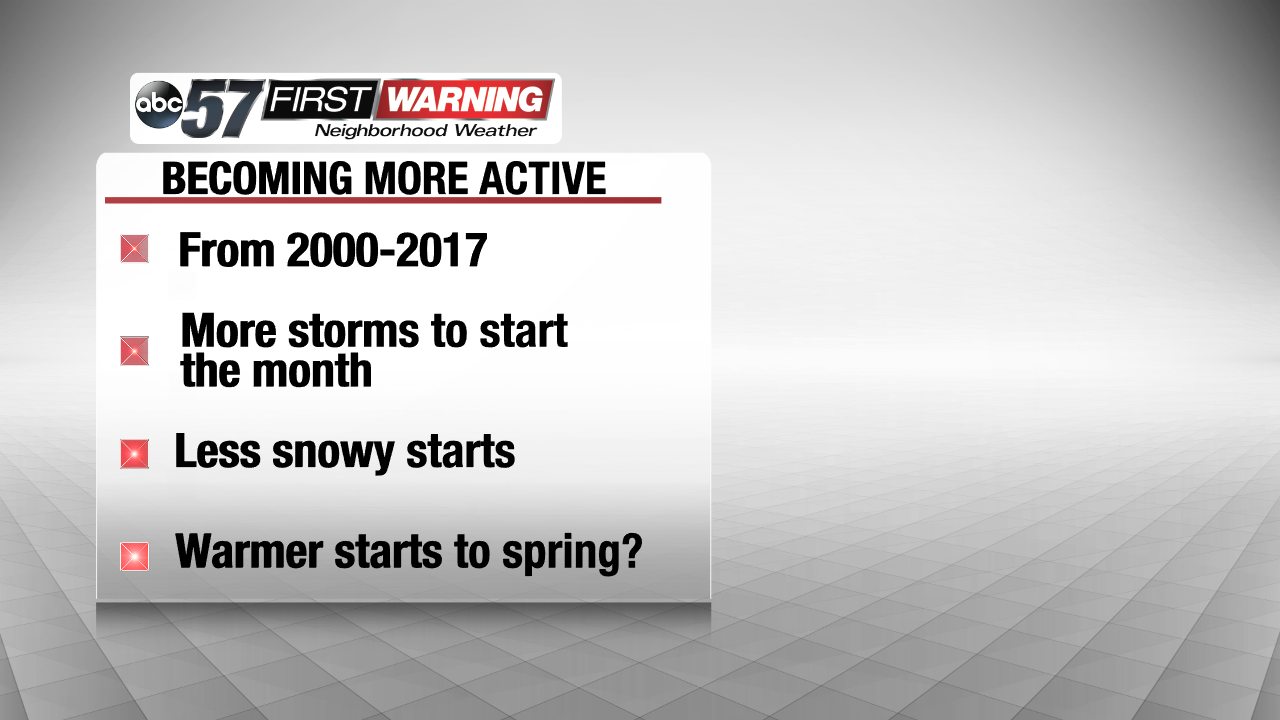 8 out of the last 17 Marches have started off busy and ended quietly. This March 1st will be another busy one.

For this year, folklore has won again as March 1st will see more widespread rain showers shifting over to snow for the afternoon. Snow accumulations remain low, less than 2" for all of Michiana. But, we will easily pick up 0.5" of rain or more for scattered parts of the area.