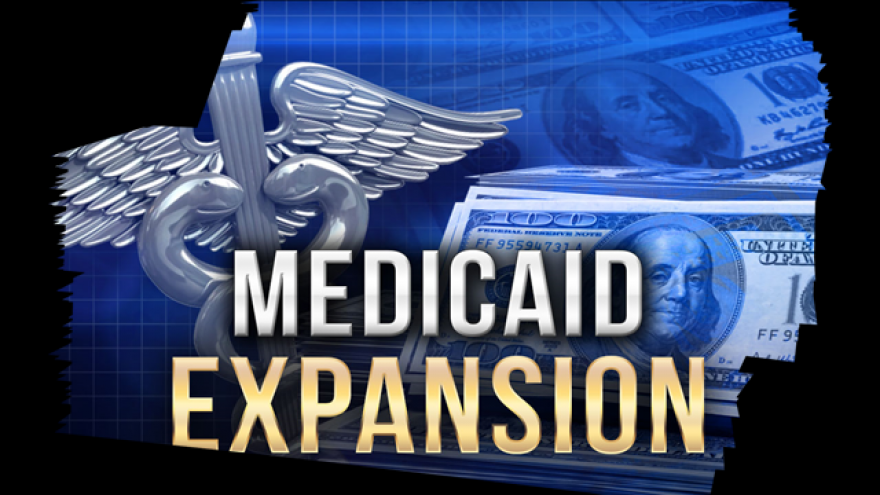 White House officials are beginning to urge House GOP leadership to include an earlier sunset of the Medicaid expansion funds authorized under Obamacare than the 2020 date set by the current bill. The change comes just days after the bill was unveiled and follows a blitz of activism aimed squarely at the White House and President Donald Trump, who has met with conservative leaders in recent days.

Such a move, however, could blow up the already fragile efforts to repeal the Affordable Care Act.

Ending the Medicaid expansion sooner could complicate prospects for the bill in the Senate. And it would likely infuriate Republican governors in states that accepted federal funds for the expansion, who face the prospect of many people losing coverage they gained under Obamacare.

"This could kill the bill in the Senate and make it even more complicated in the House," the aide said.

The White House movement comes as the Republican Study Committee, a group of House conservatives, endorsed two amendments aimed squarely at the Medicaid provisions, though it was not immediately clear if those were the proposals the White House would support.

"We are a 'yes' if we get both of them. We're 'lean yes' if we get one of them," RSC Chairman Rep. Mark Walker told reporters Thursday. But when asked if they get none, Walker dodged and said they would still be focused on the process ahead.

The White House has also signaled its tentative support for other measures being pushed by conservatives in private meetings, though the officials declined to elaborate on which provisions they are backing.

"We've been pulling the bill to a more conservative place for a week plus," one senior administration official said, adding the White House is more "in concert" with conservatives on Medicaid.

Trump met with his budget director Mick Mulvaney and Reps. Mark Meadows and Jim Jordan, two leaders of the House Freedom Caucus, a group of hardline conservatives opposed to the current bill. One senior administration official described the meeting as hugely influential in shifting the White House's stance.

Meadows declined to get into the substance of what was discussed at the meeting, but said he felt like progress was made when it comes to outlining conservatives' concerns to Trump.

"Whether ultimately he sides with some of the arguments that we're making or not, I have nothing but really a heartfelt appreciation for the fact that he was willing to listen," Meadows said.

No deal was struck in the meeting, the North Carolina Republican said, but Trump is encouraging "good faith" talks between members of both chambers.

When asked if he agrees with the analysis that Trump tends to tell people what they want to hear in private meetings, Meadows replied: "I didn't say I was told what I wanted to hear, I said I had a good conversation with the President."

Ohio Republican Jim Jordan would not answer when asked whether the White House agreed to help push through the Medicaid change.

"I thought it was a good meeting," he said simply.

Mulvaney was the founding member of the caucus and two senior administration officials cited his engagement with House conservatives as crucial to helping the White House and conservatives arrive at a consensus.

Trump and other top White House officials have publicly called on conservatives to line up behind the bill, while saying they would be open to making some changes. They had not until now signaled which changes to the bill they would accept.

Ryan on Thursday warned conservatives that "this is the closest we will ever get to repealing and replacing Obamacare," urging all Republicans to support the current bill.

The move would gain the support of hardline conservatives, but could still doom the bill by losing a similar number of moderates in the House. One moderate Republican immediately said he knew of four other Republicans who would switch from "yes" to "no" if the bill ended the Medicaid expansion in 2017.

And even if the altered version passed the House, it would face even dimmer chances than it does already in the Senate, where a sizable bloc of senators from states that expanded Medicaid are pushing the White House and the House to go in the opposite direction.

A senior Republican aide said of the White House that this would deliberately undercut the process that the House is pursuing -- a process the White House was both full looped in on "and in full agreement with after last weekend."

"They can be very helpful in this process, but this isn't the way," the aide said of the White House. "And they know that - or at least they should."

Vice President Mike Pence, meanwhile, is signaling to abortion opponents the White House's support for a measure to defund Planned Parenthood, days after Trump signaled he would be open to preserving funding for the group if it ended its abortion program. Planned Parenthood, a women's health organization that receives about $500 million in federal funding, has rejected that offer, noting that taxpayer dollars already do not fund abortions.

That too could rankle GOP senators like Sens. Lisa Murkowski and Susan Collins, who have opposed calls to tie Planned Parenthood to Obamacare repeal.

But the White House was not backing sweeping changes to the GOP bill's tax credits provision, which is crucial to the bill -- and conservatives opposed to the plan are beginning to come to terms with that idea.

"Everybody at this point now agrees tax credits are going to be part of this," a top House conservative aide said.

The White House and conservatives opposed to the current bill are also getting more in sync after White House officials alleviated some conservative concerns by explaining that some measures they are calling for will be achieved in regulations Health and Human Services Secretary Tom Price would implement through his administrative authority, a senior administration official said.

Still, the official said that conservatives have made arriving at a consensus more difficult through their caustic rhetoric in recent days.

"Some of the rhetoric has not been helpful," the aide said.