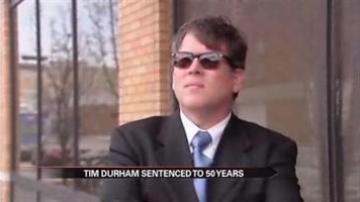 INDIANAPOLIS -- An Indiana businessman was sentenced to 50 years in prison for bilking investors out of hundreds of millions of dollars.

Tim Durham was convicted on 12 counts of conspiracy to commit fraud.

Durham had asked for a five year sentence. But prosecutors asked for 225 years.

The judge characterized his case as "deceit, greed and arrogance."

She also said that she found that Durham had showed no signs of sincere remorse.

His 50 year sentence is considered a life sentence.