Purdue University recently released a report called "Indiana Climate Change Impacts Assessment", in which it breaks down projections on temperature and precipitation changes in the coming decades and how that will affect Hoosiers. What I found may surprise you!

In regard to precipitation, based on our current rate of greenhouse gas emissions, we can expect to see less and less rain in the summer and fall and an increase in precipitation (rain, snow, wintry mix) in the winter and spring. That means drought and generally dry conditions can become more likely by the 2050s, potentially harming the growing season in Indiana, and even Michigan. With the increasing precip. in the winter and spring, expect more heavy rain and/or flooding events, similar to the one in late February. With the increase of water on the ground around Michiana, asthma and allergies could become more of a problem in the second half of the century, thanks to more mold growth. An increase in harmful algal blooms can add onto problems for Hoosiers. 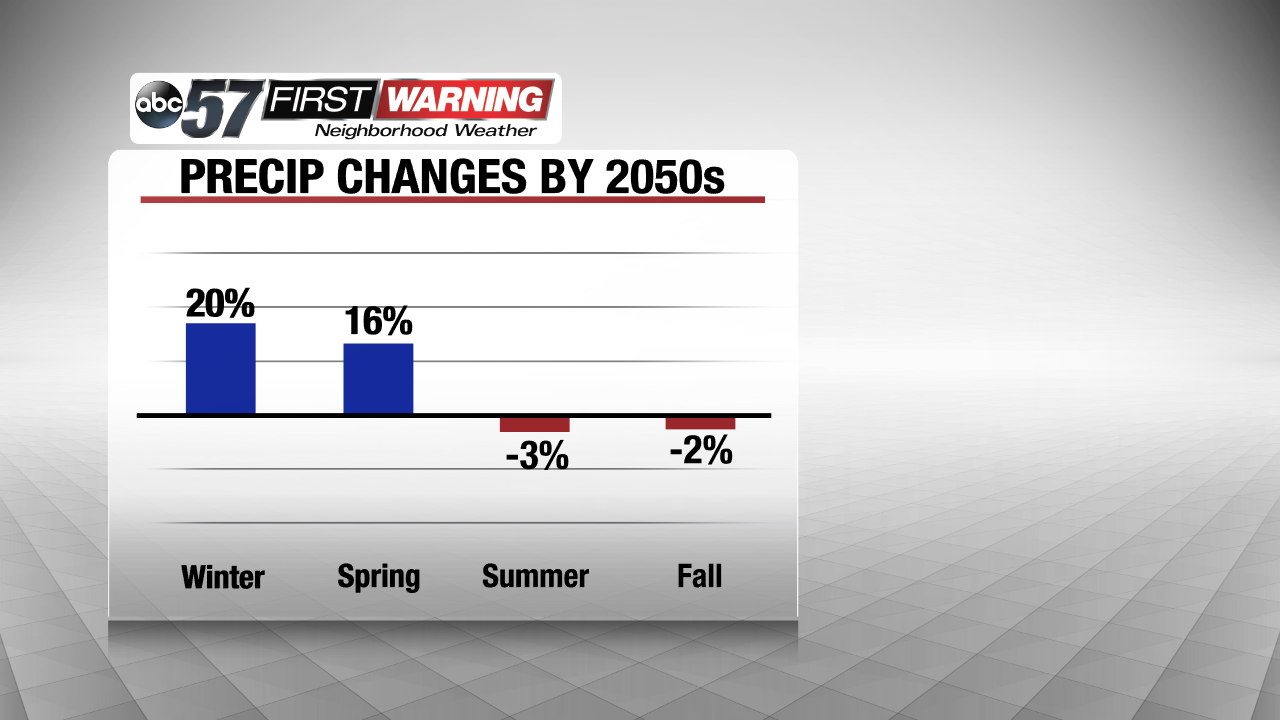 More precip in upcoming winters and springs means a greater risk for floods and even droughts in summer and fall as rain may become harder to find.

Along with the changes in precipitation comes a change in temperatures in Indiana, especially in the summer months. We will slowly see the number of extremely hot days, where daytime high temperatures swell to 95 degrees or higher, grow as we push towards 2100. Children and the elderly will continue to become more at risk of developing heat-related illnesses like heat stroke or heat exhaustion. Anyone who works outside could also see a drop in their wage earnings. In fact, according to this assessment, approximately $40 billion could be lost in earnings due to the increasing heat by 2050. Any low-income families in Indiana could be adversely affected by the growing heat. Those families typically live in areas of much higher pollution, which already puts a strain on the body's respiratory system with mixed with very high temperatures. These families also live in areas near or in floodplains, which put them first in line to be impacted by flooding. 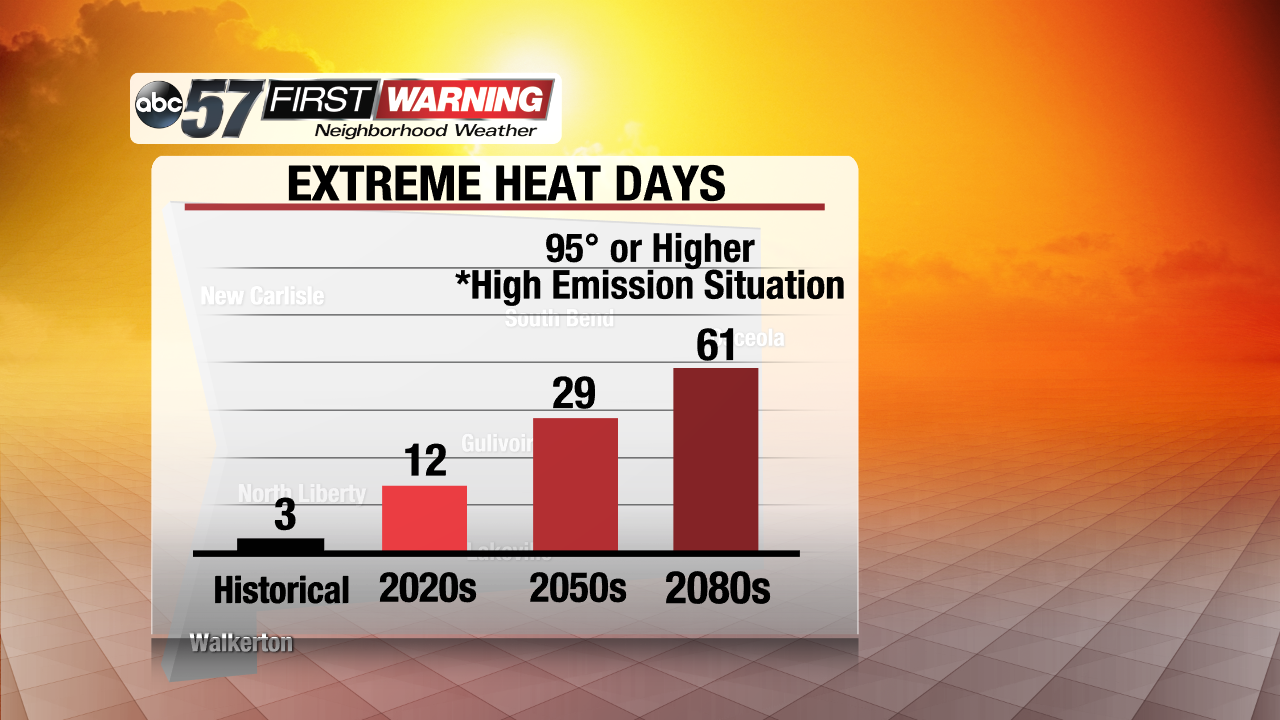 More hot days in the second half of this century could add onto health risks and problems for Hoosiers.

All of these impacts most likely won't be seen for years to come, however, these situations could easily pop up more and more by the second half of the century.