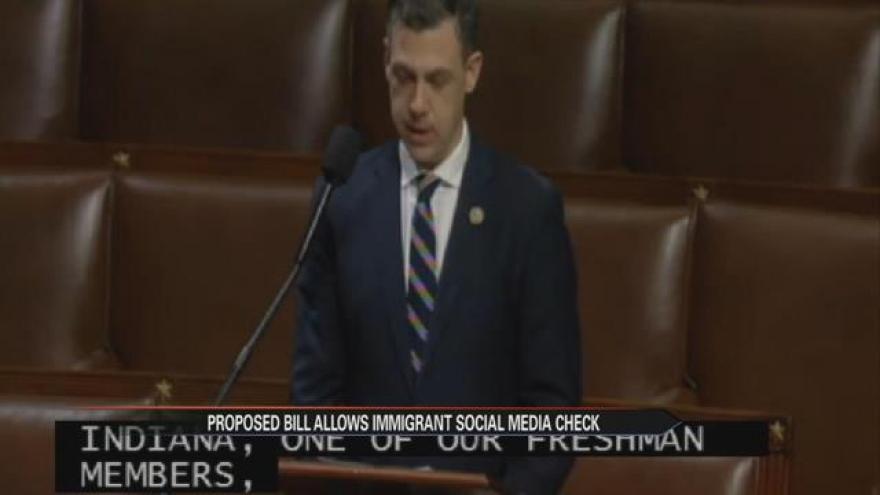 “It’s disturbing that this doesn’t already occur. This legislation that I’ve just introduced today is a simple and common sense move forward to make sure that we are not allowing terrorists in to our country through the legal visa process,” said Congressman Banks.

The VISA Act of 2017 would make it a standard part of the process for the Department of Homeland Security to look over an applicant’s public photos and posts to sites like Facebook, Twitter and YouTube.

“It would be easy to obtain for those who do the automatic background check already to include that in their review. This would be a simple step added for Homeland Security to search the public profiles and the public posts of visa applicants to make sure there aren’t any red flags or any alarming info that might lead us to believe the applicant has any terrorist tendencies,” said Congressman Banks.

South Bend immigration attorney Michael Durham says many local people have recently expressed their immigration concerns to him. He worries the possible legislation might cause more confusion in the community.

“Individuals that hear it may not realize it’s just legislation that has been introduced, it hasn’t been approved and they may be misinformed about the side effects of it,” said Durham.

Durham says the government already looks in to some applicant’s social media posts and making it a required part of the vetting process is unnecessary.

“I think Congressman Banks’ bill is redundant. It requires the government to do extra vetting but there’s already an extensive vetting process and it’s just going to require extra work of the government and it’s not going to increase the safety of the U.S. at all,” said Durham.

Durham suggests that anyone in the community who is worried about their immigration status contact an immigration attorney or a non-profit who can provide legal advice to get a better idea of where they stand.