Indiana Farm Bureau: A trip to the grocery store is costing you more 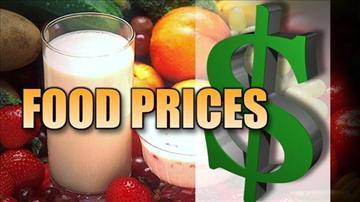 A new study by the Indiana Farm Bureau says your trip to the grocery store is now costing you more.

The report says prices have gone up for the past four quarters. The bureau conducts the informal survey by looking at 16 different food items. This time around, they cost $50.33 combined, which was up $1.39 from the second quarter of 2011. Five items decreased in price, but 11 increased.

“At the beginning of 2011, a number of factors including growing demand pointed to continued increases in retail food prices, especially for meats,” said American Farm Bureau Federation economist John Anderson. “But there’s always a lag time as farmers and ranchers increase the size of their herds to meet higher demand. Extreme weather conditions around the nation have further compounded the issue, diminishing production and further increasing costs.”

Farmers are paying higher costs for fuel, fertilizer and feed for their livestock. The new study says those costs aren't always passed along to consumers, until the food hits the highway and fuel and other factors bring the prices up. The study says that in the 1970s farmers took home about one-third of consumer expenditures, but now that number is just about 16-percent. Americans spend just under 10-percent of their disposable income on food. That’s the lowest average of any country in the world.


(Source: This was a press release from the Indiana Farm Bureau)