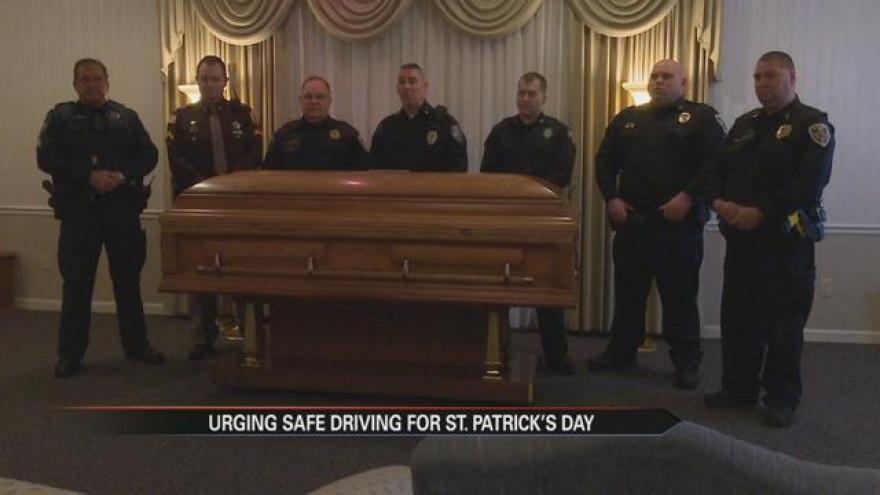 More than 250 Indiana state and law enforcement agencies are coming together this month to increase enforcement around dangerous and impaired drivers.

They say it is part of their efforts as a traffic safety partnership to keep people safe, especially during St. Patricks Day weekend and March Madness.

In 2016, there were 496 alcohol related crashed across the state which resulted in 231 injuries and 11 deaths. Local police agencies held a pres conference Thursday morning at a Mishawaka funeral home to show just how serious the consequences of drunk driving can be.

They say they're only going to ask once that you plan ahead if drinking.

"With the celebrations happening this weekend, you know, we know that we're gonna have people go out and have some drink. We're gonna ask that you make that responsible choice ahead of time to pass the keys and use that designated driver. Call public transportation, or take a taxi or Uber."

Lieutenant Williams also says you can count on seeing his fellow police officers during big events like the Tent Party downtown. He says officers will be working overtime to conduct observational patrols and sobriety checkpoints around the clock.