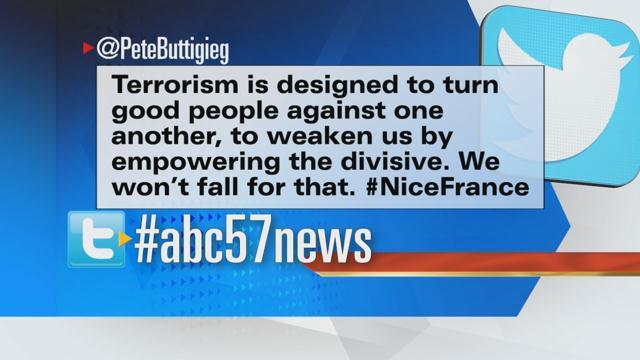 Indiana leaders reacted to tragedy Thursday night after dozens were killed when a large truck plowed through a crowd celebrating Bastille Day in Nice, France.

“The developing news in France is disturbing and tragic. Decent people around the world reject violence and refuse to be terrorized,” Buttigieg said in one  tweet.

Minutes later, he tweeted again saying, “Terrorism is designed to turn good people against one another, to weaken us by empowering the divisive. We won't fall for that. #NiceFrance”.

“Terrorism has hit France yet again. Our condolences go out to the French people. The civilized world must come together to defeat the spreading cancer of indiscriminate murder through acts of terrorism. If we do not take more specific action, we will continue to see more tragedies like the massacre in Nice,” Coats said.