Indiana man behind bars for infecting partners with HIV 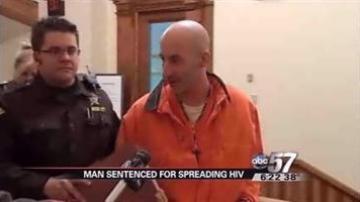 FRANKLIN, Ind. -- An Indiana man is behind bars for failing to tell his sexual partners that he is HIV-positive!

49-year-old Tony Perkins was sentenced to 18 months in prison for infecting two women.

But this is only the beginning. About a dozen more woman said that Perkins infected them with HIV.

Perkins proclaimed his innocence in court on Tuesday.

"All I want is a trial, and I can't even get a fair trial. I thought this was America.  You are supposed to have a fair trial. That's your Constitutional right," said the defendant.

Perkins is scheduled to go to trial in February.

He is also charged with child pornography. Police said they found several images on his computer.