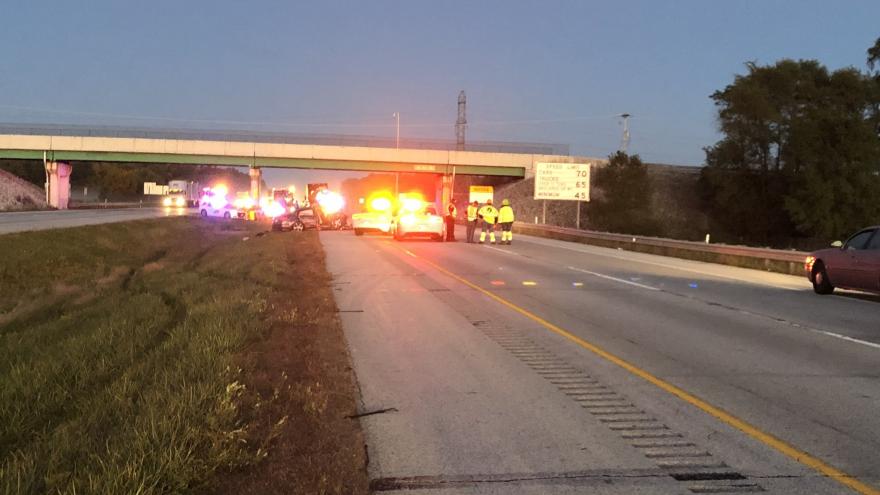 ELKHART COUNTY, Ind. - A Michigan teenager was killed in a crash on the Indiana Toll Road in Elkhart County.

Crews were called to a crash involving a semi and an SUV at mile marker 97 just before 5 p.m. Thursday.

Police have identified him as Lukas Strain of Stevensville.

The man and woman have serious but not life-threatening injuries, and are recovering in the hospital.  The driver of the semi was unharmed.

The accident was a result of the semi slowing down and trying to merge into right lane after traffic was slowed for another crash. The SUV plowed into the back of the semi.

Police are still investigating the crash, but say drugs or alcohol don't appear to be factors.