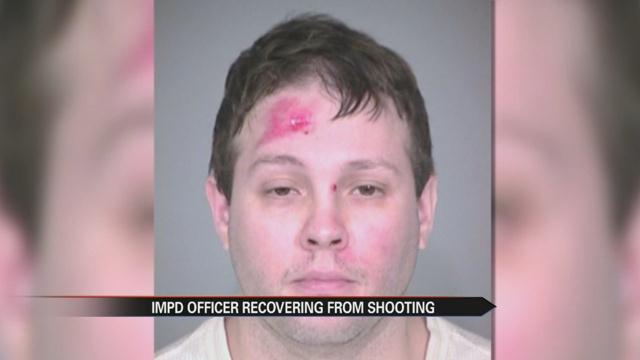 An Indianapolis Metropolitan Police Officer was shot by an off-duty officer Friday night.

Adrian Aurs, 42, has been charged with attempted murder in result of the incident reports ABC 57 affiliate, WRTV.

Sources say an IMPD detective with the Special Investigations Unit was dispatched to a domestic violence situation around 8:00 p.m that involved an 18-year veteran of IMPD.

According to IMPD Major Richard Riddle, Aurs was already the subject of a criminal investigation by the department.

Riddle says the detective was interviewing the family when Aurs allegedly returned to the apartment and began shooting.

"Off-duty IMPD officer came back to the apartment and began shooting in the apartment. Our on-duty detective that was doing the investigation was struck in his arm. We don't know if he was struck a second time or whether that bullet passed through and went into his back." said Riddle.

Sources say the detective was taken to a local hospital where it was determined he was in “good” condition.

It is reported that Aurs’ family was not harmed during the incident.

After the shooting, Aurs fled the scene with his police radio and computer.

Sources report that just before 2:00 a.m., Indianapolis police learned that Aurs was engaged in a standoff situation with police in Cincinnati.

He surrendered and was taken into custody after the hour-long standoff.

Police say Aurs will be extradited back to Indianapolis to be processed.