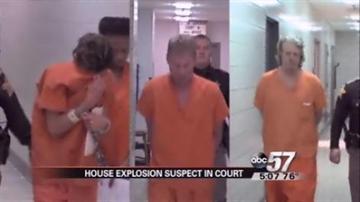 INDIANAPOLIS -- A victim of a deadly house explosion in Indianapolis and friend of one of the accused is speaking out.

Abby Jackson lived down the road from Monserrate Shirley and lost her home in the November 2012 blast that killed two people.

Jackson says despite the devastation, she stands by her friend.

"It's very hard. I also know a neighborhood was turned upside down and I know that there are lives that are gone, and even with that, I always say I  pray for mercy even with my friendship with Monsy," said Jackson.

Police say Shirley planned the explosion with her boyfriend and his brother to collect insurance money. All thee face murder and arson charges.