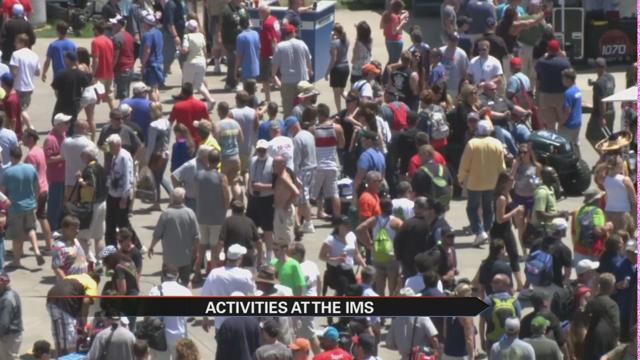 As the Indy 500 approaches, many fans are worried about the safety of the drivers. There have been four crashes during the practices leading up to the race.

IndyCar put new rules in place to avoid any potential crashes for the race on Sunday.

"Well clearly we'd like to be not where we are now," says Derek Walker, IndyCar President of Competition. "We are adding more downforce and we are reducing the engine power. It's about how can we grab hold of this situation and reduce the speed in the interest of safety and safety has got to be our guiding light."

Saturday's events include a concert by Florida Georgia Line, vintage cars on display, and the 500 Festival parade.

"The beginning of the race is my favorite. Just the anticipation, the start, the smell of the crowd, it's awesome," said race fan, Robert Goodspeed.