Influx of vandalism in River Park reported on Facebook 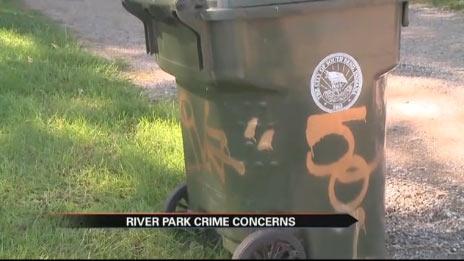 Residents of the River Park Neighborhood use a Facebook page to report crimes in their community.

Police want to remind everyone to still call police if they see something suspicious.

One lady who has lived in the neighborhood for over 17 years said almost every garage in her alley has graffiti on it.

She feels like the crime has skyrocketed in the past 3 years.

Some neighbors believe the people committing the crime are just kids.

Captain Phil Trent said the alleged crime on the River Park Facebook page can sometimes get blown out of proportion.

He said there have been no larceny or vandalism reports in the past 2 days.

Phil Trent said, “This is the second week of these reports. We're either seeing a very low incidents of reporting or some folks are bouncing the same story back and forth over and over again.”