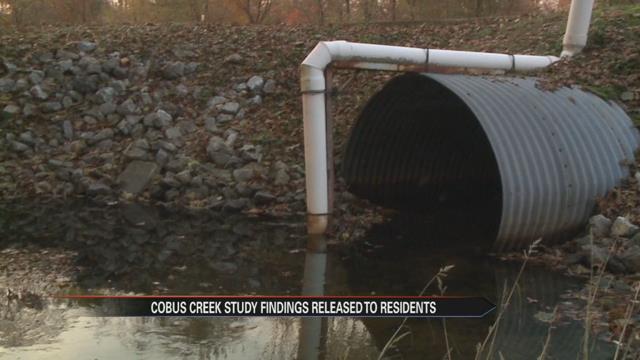 A special meeting was held Tuesday night at the Elkhart Conservation Club to discuss the Cobus Creek Watershed Diagnostic Study.

The study looking scientifically in to the little known creek, that residents say, was almost destroyed two years ago.

Jill Coy of Edwardsburg, whose house backs up to Cobus Creek, has lived at the same residence for 30 years.

“The smell but more the hazardous waste that could come from it. We have wells so it was a pretty big concern,” said Coy.

A potential wastewater treatment plant in Edwardsburg was proposed and turned down in 2014.

The plant would have discharged treated sewage into the waterway.

“Not only changing the environment by affecting that creek – but could also be a smell around,” said Gadjev.

While residents are thankful that didn’t happen, they still knew very little of Cobus Creek itself, a unique watershed that spans two states and three counties.

James Turnwald is the Executive Director at the Michiana Area Council of Goverments or MACOG, which is one of the organizations working on the study.

“The study what it looks at is the overall health of the watershed and ways that we can improve that,” said Turnwald.

The prompted almost a year long study by the St. Joseph River Basin Commission – and MACOG.

Some of the findings were released Tuesday night.

“In the grand scheme of things what we are trying to do is that we know the resources that are in the watershed, what we can protect and what we can improve upon,” said Turnwald.

But even two years after the wastewater treatment plant issue was tabled, residents in Edwardsburg are still wary, it could still resurface, causing residents like Jill Coy to move after three decades.

“We liked it because of the woods and the creek was behind there,” said Coy.

The final phase of the study will be complete in Spring of 2017.