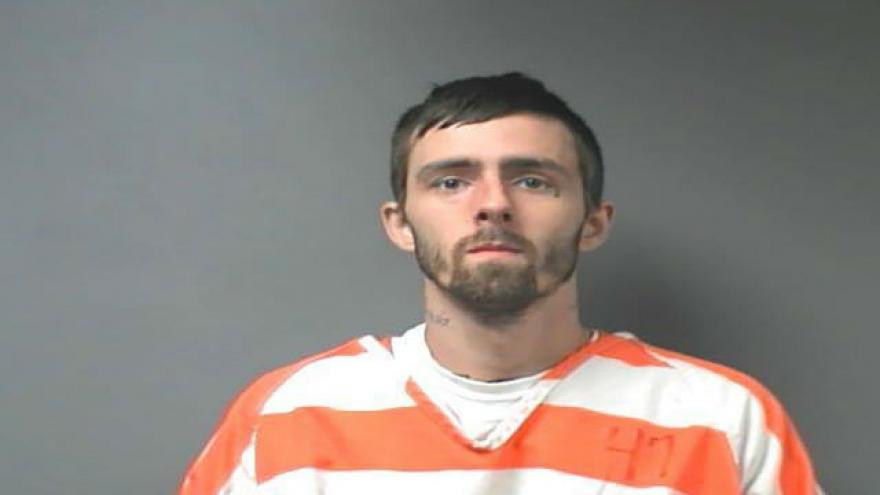 By Susannah Cullinane and Joe Sutton

(CNN) -- One inmate remains at large after a jailbreak Sunday night in northern Alabama, according to the Walker County Sheriff's Office.

Twelve prisoners went on the run from the Walker County Jail, in Jasper, the office said, but 11 have since been captured.

In a press conference on Monday, Sheriff James Underwood said the inmates used peanut butter to escape the facility.

The prisoners took advantage of a new guard who was working in the control room, Underwood said, using peanut butter to obscure the number above the jail cell and then yelling at the unidentified guard to open the door to let them in the cell.

"They changed the number over the door with peanut butter," he said. "(Then) they hollered, 'Hey, open door' so-and-so, but (the number the inmates gave the worker) was the outside door.

"And unknowingly to him, he hit that lock and out the door they went," Underwood said.

Underwood said it took eight hours to capture the first 11 escapees, most of whom were found in the Jasper area. Underwood said some of them took off on foot, while others are suspected of getting in a car.

Two of the escapees had been jailed on attempted murder allegations, and police offered a $500 reward for information leading to an arrest.

Still at large is Brady Andrew Kilpatrick, 24, of Cordova, who had been jailed for alleged drug offenses.

Off-duty personnel have been enlisted in the manhunt and the Jasper Police Department is also helping to search for Kilpatrick, the sheriff's office said in a statement on Facebook. Jasper is about 35 miles northwest of Birmingham. The Walker County Jail was opened in 1998 and houses 250 inmates, according to its website.

On its Facebook page, The Jasper Police Department asked downtown residents to stay indoors and turn on all outdoor lighting.

Jail breaks make use of infrastructure

In June, four inmates climbed out of an air conditioning vent at Oklahoma's Lincoln County Jail. It was the second time escaping using the same method for three of them.

In 2016, six inmates escaped from the Cocke County Jail Annex in Newport, Tennessee, on Christmas morning after ripping a leaking toilet out of the wall of the facility. All were recaptured.

CNN's Holly Yan and Jessica Suerth contributed to this report