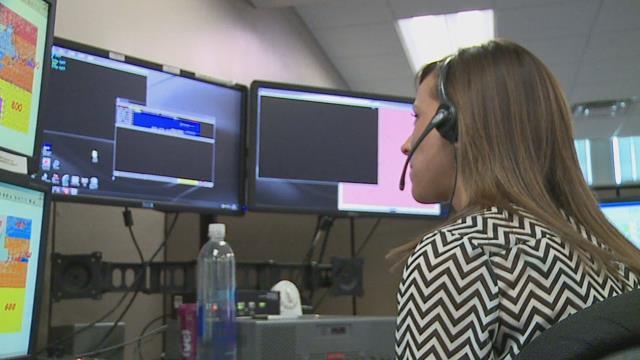 SOUTH BEND, Ind. -- We continue our coverage of the St. Joseph County 911 Dispatch with an inside look at one of their locations at the South Bend Police Station.

Since the consolidation of the dispatch centers started a year ago, there have been reports of unfair working conditions, veteran dispatchers leaving, the executive director, Todd Geers, putting in for his resignation, and most recently, dispatchers voted to form a union.

Mersich says dispatchers get looked over by some.

"They don't understand that we are the first responders," said Mersich.

It's a job, she says, is not to be taken lightly.

Mersich says dealing with the emotion of what's on the other end of the line is not easy.

"Every single phone call that you take in here is someone at their complete worst."

So, take that stress, add a county wide consolidation of the dispatch centers, the recent loss of some veteran workers, added hours of overtime, and the resignation notice of their Executive Director-

"They're taking it although its been extremely harsh this year," says Mersich. "Obviously we're doing the very best we can with what we have."

When ABC 57 News asked Mersich about reports of officers being called to the wrong scenes:  "We’re human, mistakes happen."

Mersich says it's a tough situation but their passion is what drives them.

"You feel like you're letting someone down if you're not here," says Mersich. "If you're leaving the room short, if you're in a situation where, oh, you have to work overtime again."

Mersich says things may be a little up in the air right now but you can still count on them.

"We do have their backs, we are listening," says Mersich.

Executive Director Todd Geers is still in charge until someone steps up. The Executive Board is expected to discuss that at their meeting next week.