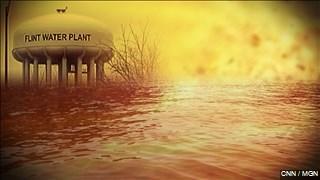 Flint, MI -- The Office of the Inspector General (OIG) issued a finding on Thursday that the U.S. Environmental Protection Agency (EPA) should have issued an emergency order to protect Flint from lead-contaminated water as early as June 2015.

The EPA did not issue the emergency order until seven months later, on Jan. 21, 2016.

The OIG said the EPA had the authority and sufficient information to issue an emergency order in June.

The finding results from an ongoing OIG program evaluation charged with reviewing the circumstances of, and the EPA's response to, contamination in the city of Flint's community water system, including the agency's exercise of its oversight authority.

"These situations should generate a greater sense of urgency," said EPA Inspector General Arthur A. Elkins. "Federal law provides the EPA with emergency authority to intervene when the safety of drinking water is compromised. Employees must be knowledgeable, trained and ready to act when such a public health threat looms."

The OIG expects to issue a final report at the conclusion of its program evaluation.

"We depend on our government officials to be informative and be forthright," said Lorraine Stanislaw, resident.

She said she's outraged the EPA had the authority and sufficient information to issue an emergency order to protect Flint's residents earlier.

Stanislaw said it never should have happened in the first place.

"It is something that should of never taken place. It's really too bad. It has put the people in such a bad light and it's so unfortunate," she said.

"I have reviewed the findings of the evaluation conducted by the Office of the Inspector General for the U.S. Environmental Protection Agency. It is deeply troubling to learn that according to the review, the EPA had reliable information indicating that the water in Flint was contaminated and residents were at risk several months before the EPA took action and issued an emergency order.

To this day, the people of Flint still cannot drink water straight from the tap without a filter to remove lead and other chemicals that could cause them harm. In this country we have agencies and policies in place to help ensure the well-being and safety of men, women and children, yet they failed when it comes to the man-made water disaster in Flint. Those responsible must be held accountable.

This is why we are holding the state and also the federal government responsible for the Flint water crisis, and to provide the resources needed to repair the damage that has been done. Leaders and agencies on various levels failed to protect the residents of Flint. This failure is yet another reason why Congress should release the much needed funds for Flint as we work to recover and rebuild from this man-made disaster. "

"It is frustrating that after the state of Michigan failed the residents of Flint, the EPA compounded that failure by not moving aggressively to protect the community. Misjudgments and lack of transparency like this is why I introduced legislation, along with Michigan Congressman Fred Upton, which requires the EPA, as well as individual states, to immediately notify a community if lead is discovered in its water supply. I was extremely pleased that the House of Representatives overwhelmingly passed this legislation in July, which will help ensure that what occurred in Flint will not happen in other communities by mandating the transparency communities deserve."

"The EPA had the authority to warn Flint residents about lead contamination in June 2015 and it did nothing for seven months. The agency's failures are why I have fought for water infrastructure repairs at the federal level, and I will continue to fight to protect hardworking Michigan families when the House returns next month."