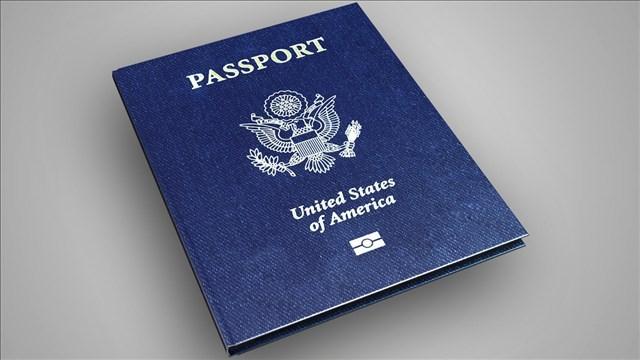 (CNN) -- A Colorado Navy veteran who identifies as neither male nor female has taken the State Department to court for refusing to administer a gender-neutral passport.

U.S. District Judge R. Brooke Jackson heard arguments in the lawsuit this week, according to a clerk of the court. No ruling has been issued.

Dana Zzyym, 58, was born with ambiguous sex characteristics and identifies as intersex, according to Lambda Legal, which is handling the case. Zzyym uses the gender-neutral pronouns "they" and "them" and wants a passport that has an "X" for gender alongside "male" and "female."

The State Department, which oversees the passport program, sent a statement to CNN this week explaining that its policy, "like other federal, state and local government agencies, requires the use of binary (M or F) sex identifiers."

The current rules put Zzyym in a catch-22, said Paul Castillo, an attorney at Lambda Legal who is on Zzyym's legal team.

"They have to either lie on their passport application about their gender identity and violate the law or not apply for a passport at all," said Castillo, who added the policy is discriminatory.

Nicole Navas, a spokeswoman for the Justice Department, which is representing the government in the proceedings, said Friday she could not comment beyond the court filings.

In a court motion, the State Department said: "Allowing passports with sex markers other than 'F' or 'M' would compromise the Department's efforts to prevent identity theft and passport fraud by upending the Department's long-established system for validating the identity and citizenship of passport applicants and requiring the Department to rely on less reliable and less uniform identification documents."

Not male or female

Zzyym's birth certificate lists the veteran's sex as "unknown," according to Lambda Legal. Shortly after Zzyym's birth, the parents and doctor decided to raise Zzyym as a boy, the organization said.

"As a result, Dana underwent several irreversible, painful and medically unnecessary surgeries that didn't work, traumatized Dana and left them with severe scarring," Lambda Legal said. "It was only many years later, after serving six years in the U.S. Navy and then attending Colorado State University, where they also worked as a custodian, that Dana began researching the surgeries and came to understand they had been born intersex."

Zzyym -- a name the veteran later legally adopted -- provided the State Department with the birth certificate and two separate medical certifications from Veterans Affairs doctors stating that Zzyym is not male or female, according to Castillo.

"Dana is being deprived of the right to lawfully exit the United States because of personal characteristics, and that's discrimination, pure and simple," Castillo said.

The federal government said, in documents submitted to the court, that it did not violate the plaintiff's constitutional rights under the due process or equal protection clauses.

Intersex people are born with chromosomes, genitals, or reproductive organs that are not 100% biologically male or female, according to the human rights organization Amnesty International.

Being intersex is distinct from sexual orientation or gender identity, and intersex people may identify as male, female, both or neither, the United Nations says.

As many as 2% of people were born something other than male and female, according to a study published in the American Journal of Human Biology in March 2000.

'A matter of principle'

Countries such as Australia, Nepal and New Zealand allow people to mark a third gender outside of the binary male or female on their passport applications.

While not allowing passport holders to mark something other than male or female, the State Department does allow transgender applicants to change the gender on their passport after providing medical certification. It also allows a two-year passport for those who are in the process of transitioning.

An Oregon judge ruled last month that an Army veteran who identifies as neither male nor female can legally be considered "nonbinary."

For Zzyym, of Fort Collins, getting a passport with the correct gender means more than just having accurate identification.

"It's a matter of principle for me," said Zzyym. "To let people know more and more that we exist and recognize us as human beings."

CNN's Elise Labott and Jeffrey Acevedo contributed to this report.