Investigation concluded on the shooting in Wisconsin 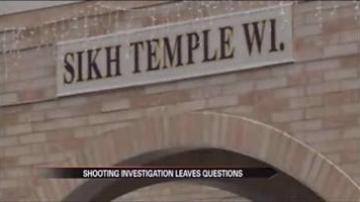 OAK CREEK, Wis. -- The investigation is done but those belonging to a Sikh Temple in Wisconsin still have questions.

Three months ago police say Wade Michael Page shot and killed six people and injured four others at the temple!.

Last night FBI agents told the community that Page acted alone but what they didn't tell them was why.

"According to the congregation, the biggest hole in the investigation that they would like to see filled, or answered is, A, what was this guy's personal motivations, and then, B, what took the investigation so long to close in terms of that day," said Amardeep Kaleka son of shooting victim.

Page was linked to a white supremacist group.

Investigators say they found nothing to suggest the attack was linked to that or any group.