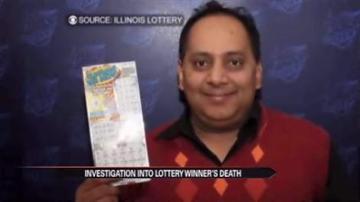 CHICAGO -- An instant millionaire who won the lottery, never got to enjoy the money. He was poisoned.

46 year old Urooj Kahn won a million dollars from a scratch off ticket in June.

A month later he was dead. At first doctors thought it was natural causes but then a relative called the medical examiner saying something didn't add up.

"They just felt this didn't seem likely, that it didn't seem like it could have been natural to them, so they wanted us to look a little harder," said Dr. Stephen Cina, Cook County Medical Examiner.

Toxicology tests revealed a new cause of death: Cyanide poisoning.

Now officers want to find out who killed him.

Of the more than 500 Chicagoans killed last year, Khan was the only one poisoned.