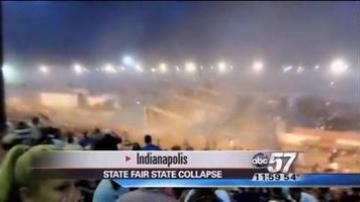 INDIANAPOLIS -- We should learn more about the deadly Indiana State Fair stage collapse.

The results of two investigations are scheduled to be released during a meeting at the fairgrounds.

A storm hit the fairground on August 13th, as the band Sugarland was set to perform.

We will have updates, as they come in, on later editions of ABC57 News.