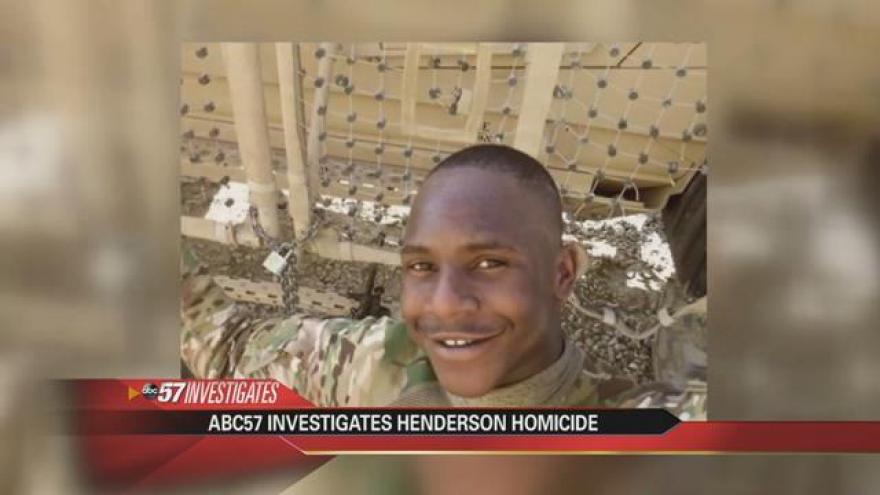 Investigators with St. Joseph County’s Metro Homicide Unit said they are closer to catching the suspects who killed a South Bend veteran.

“Jodie was left out there like a bag of trash as far as I’m concerned,” said MHU Commander Tim Corbett.

“No mother wants to bury their own child,” Patricia Forrest said in the days following her son’s murder.

Police said he was beaten to death following some sort of house party.

His body was found near the intersection of Sorin and Arthur streets.

“It’s just gutless to me to let somebody lay out there and die,” Corbett said.

American flags now mark the spot where the veteran’s body was found.

They are confident they know everyone involved in the veteran’s murder.

“We’ve got our sights set. We know where the evidence is taking us,” Corbett added.

One suspect is already in jail in St. Joseph County on an unrelated charge.

Henderson’s mother said the new information is helping her sleep better at night.

Knowing justice is in sight for her son, who served nine years to protect the freedoms of us all.

“Now I feel a little relieved after all of this,” Forrest said.