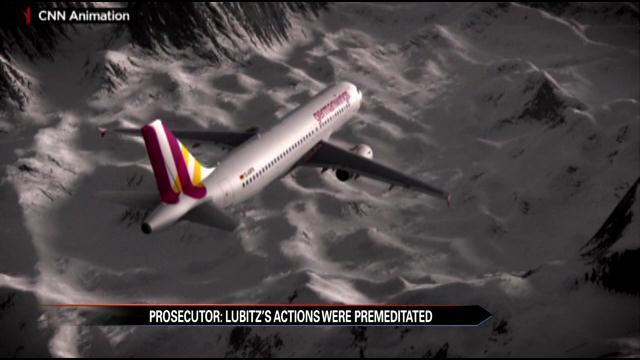 According to investigators, the flight data recorder in the Germanwings Flight 9525 shows the co-pilot Andreas Lubitz purposely sped up the plane's descent and ultimately leading to that crash in the French Alps.

New evidence also shows Lubitz allegedly searched the internet days leading up to the crash for ways to commit suicide and the security of the cockpit doors.

Investigators say they found the information on the browsing history of a tablet in his apartment.

An official says the new evidence sows his actions were premeditated.

"On several occasions, the pilot must have acted twice to prevent the alarm. In the last few minutes of this flight, it was a voluntary act that propelled this plane towards the mountain," said a French prosecutor.

Investigators finally recovered the charred flight data recorder that was buried in the ground.

The plane crashed March 24 in the French Alps, killing all 150 people on board.