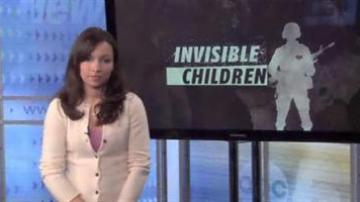 WARSAW, Ind.--What began as 3 college guys seeking adventure quickly became one of the most powerful non-profits in the U.S.

Invisible Children began in 2003 as an effort to protect children in Uganda and end the reign of terror by the Lord's Resistance Army (LRA).

The leader of the LRA, Joseph Kony, is responsible for nearly 1,300 child abductions in the past year and 1,200 civilian murders.

Invisible Children has since progressed to a powerful movement raising millions of dollars each year to bring peace to north Africa.

They have built schools, radio towers and even passed a congressional bill that mandates U.S involvement in Kony's terrorism.

Kony remains one of the most wanted war criminals in the International Criminal Court.

Invisible Children is visiting Michiana due to the efforts of volunteers and advoctates over the past several months.

Keith Sampson and his family originially saw the movement on the April 20 episode of Oprah. He was so moved by the founders and theInvisible Children organization that he found a way to get involved and spread their message.

After the presentation, students flocked to the representatives with questions, concerns, comments and an interest in getting involved.

Invisible Children is speaking at the Notre Dame Geddes Auditorium at 7 p.m. on Nov. 3 and Lakeview Middle School in Warsaw on Nov. 4 at 7 p.m.