Iowa votes Monday -- but do Hoosier votes matter as much in May? 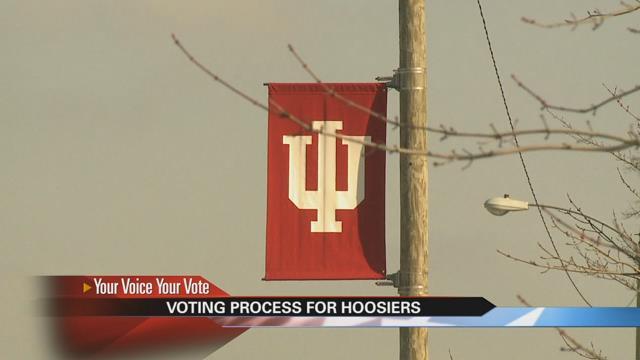 The first ballots of 2016 are being cast – but do Hoosiers’ votes matter since they won’t be counted until May?

Bennion said states determine when voters head to the polls, and sometimes, it impacts voter turnout.

Depending on the election cycle, Bennion said voters whose states hold late primaries or caucuses often feel the process has “gone without them,” since a nominee is often chosen based on the number of delegates he or she collected in the states that vote earlier.

“Some Indiana voters will decide it’s just not worth it [to vote],” Bennion said.

That’s what happened in 2012, according to Bennion, when only 22 percent of eligible Hoosiers came out to vote.

In some cases, though, Indiana voters do feel like their vote still matters, Bennion said.

“If it’s competitive and we’re still in the game, we do see a different story [in terms of voter turnout],” Bennion said.

Bennion said 40 percent of Hoosiers showed up to vote in 2008 because the race between then-Senator Barack Obama and Hillary Clinton was a close one.

“Indiana very, very narrowly gave most of their delegates to Clinton, who won the state,” Bennion said. “And then in the fall, surprising almost everybody, [Indiana] turned blue going for Barack Obama.”

Though every vote does count, Bennion said in Indiana, it comes down to how big a race is.

“Voters do tend to turn out if they think their vote matters for the top of the ticket race, which is the presidency,” Bennion said.

Bennion also said it’s important for Hoosiers to cast votes in races other than the presidency.