Is Michiana's weather the most extreme in the world?

It may be a stretch to say we live in the area with the most extreme climate as there are places far colder and far hotter than Michiana. This year, though, has been one of the most extreme years in history. 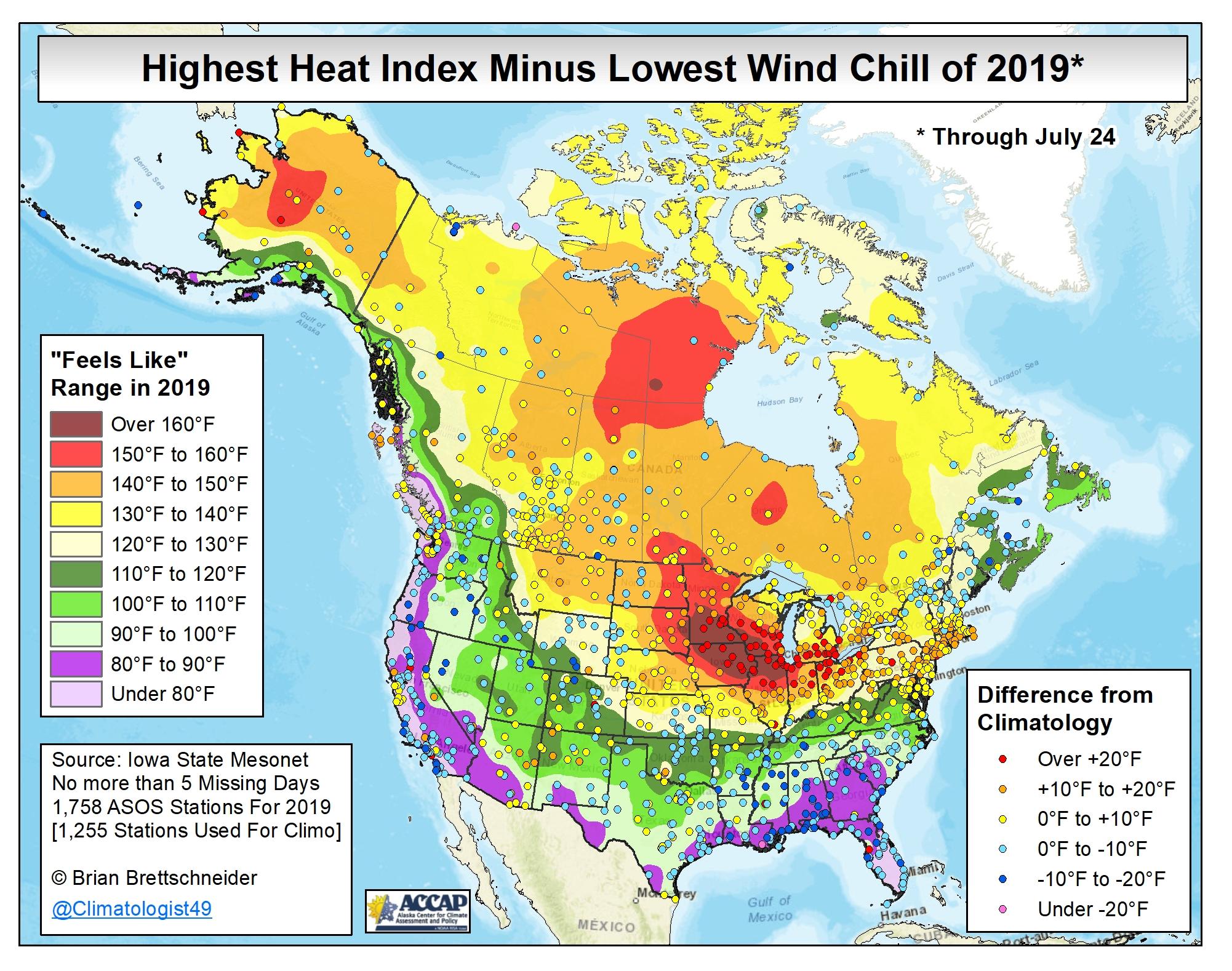 The difference between the hottest heat index and coldest wind chill in 2019. Brian Brettschneider
The map above paints the picture nicely. It shows the difference between this year's highest heat index and lowest wind chill. Notice the areas in red across the Midwest and Great Lakes. Those areas have experienced a "feels like" range of 150° to 180° degrees just this year. That is simply insane to think about.

And we right here in Michiana are in that zone. In fact, South Bend, Chicago, Milwaukee, Des Moines, and Minneapolis are just some of the cities included in that ridiculous zone. 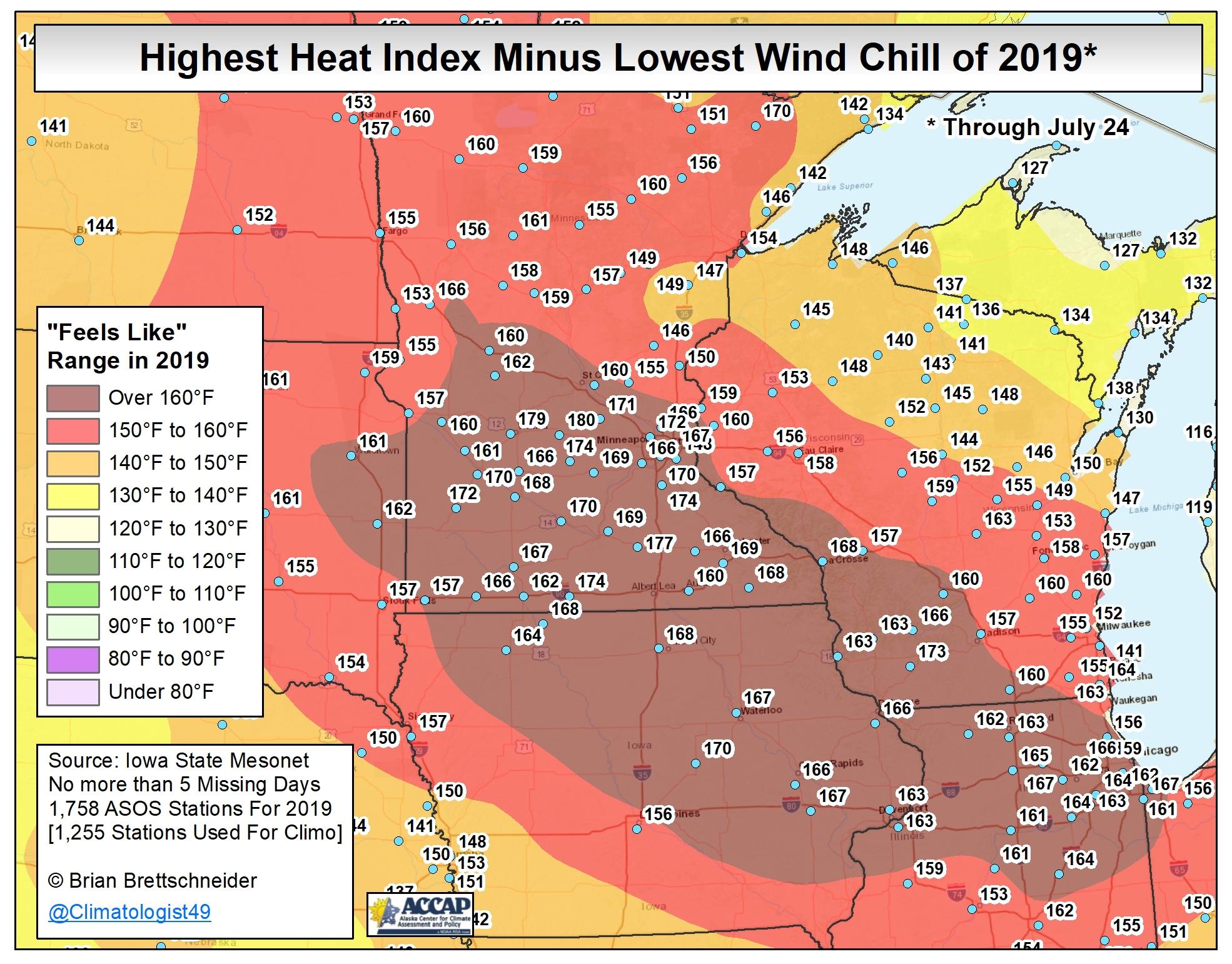 Difference between the hottest heat index and coldest wind chill in 2019. Brian Brettschneider
Above is a zoomed in look at that same map. South Bend and the rest of Michiana are just outside of the most extreme area, which is highlighted in the maroon color. That maroon color indicates a "feels like" range in 2019 of at least 160°! There's even a location in Southern Minnesota that has experienced a "feels like" range of a whopping 177° this year. 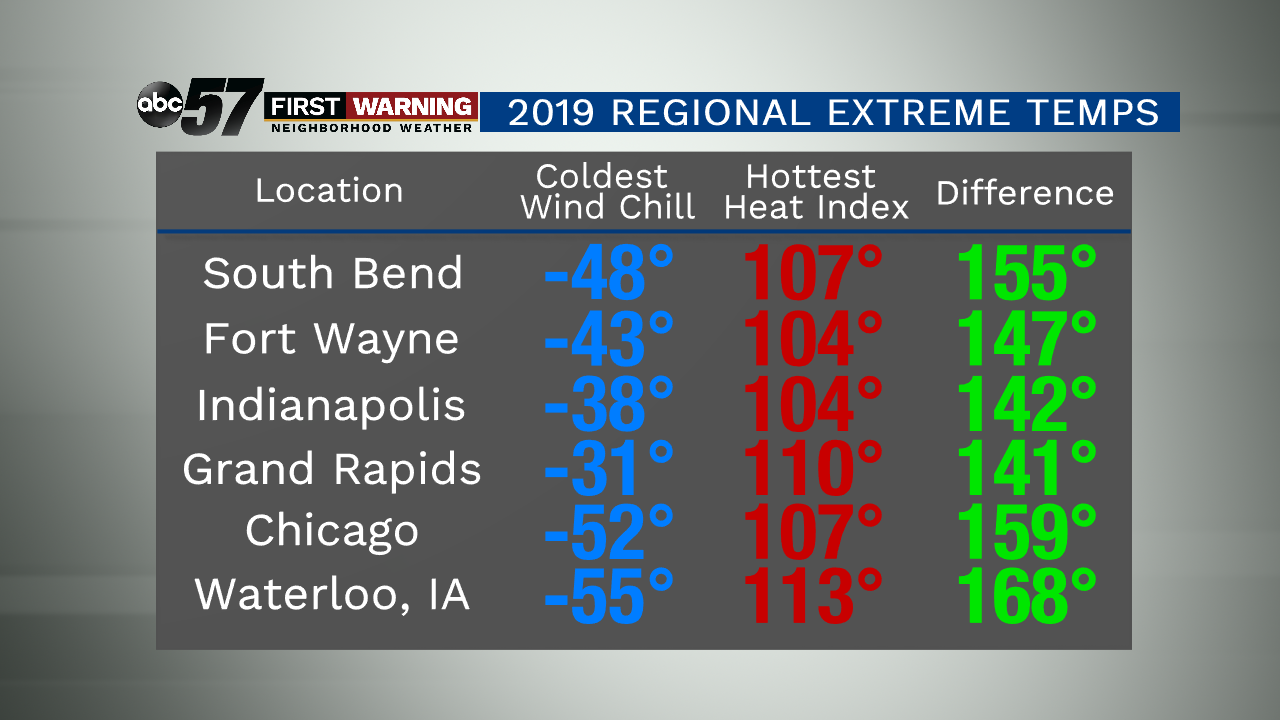 South Bend officially recorded a minimum wind chill of -48° in late January and a maximum heat index of 107° in late July. That is good for a "feels like" difference of 155° in a matter of six months!

That's certainly something we can brag about.

Our bodies have lived through some of the absolute harshest temperatures ever seen in this region. And the 155-degree difference is one of the highest temperature contrasts seen this year in the entire world!