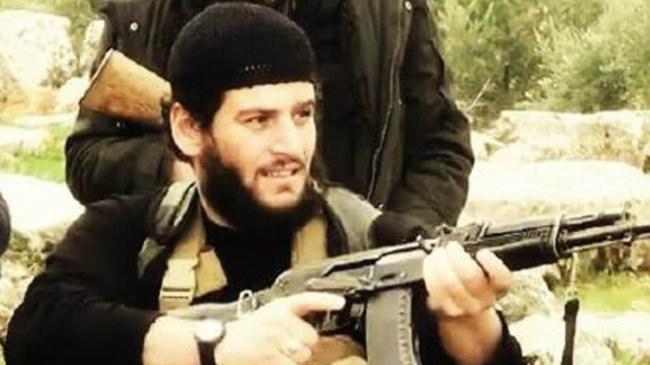 (CNN) -- ISIS spokesman Mohammad al-Adnani has been killed, according to a statement from the terror group and its Amaq news agency.

His death marks the highest-profile killing yet of an ISIS member. While Abu Bakr al-Baghdadi has been ISIS' unquestioned leader, al-Adnani may have been the terror group's most public figure, the person floated as ISIS' next leader should anything happen to al-Baghdadi.

The Amaq statement Tuesday said al-Adnani died while inspecting military operations in the area of Aleppo, Syria. ISIS has not revealed his cause of death.

"After a journey filled with sacrifice and fight against non-believers, the Syrian Gallant knight, Abu Mohammed al-Adnani, joined the convoy of martyr leaders," ISIS said.

"To the filthy and coward non-believers and to the holders of the Christ emblem, we bring the good news, which will keep them awake, that a new generation in the Islamic State ... that loves death more than life ... this generation will only grow steadfast on the path to Jihad, stay determined to seek revenge and be violent toward them."

Al-Adnani was well known for ordering operatives to attack countries participating in the US-led coalition against ISIS. In January, al-Adnani was reported injured in a coalition airstrike.

"In some ways he's a more dangerous figure than Abu Bakr al Baghdadi, because he's believed to be overseeing the external operations division of ISIS, and that's the part of ISIS which threatens the West, which carried out the attacks in Paris, which could one day carry out an attack in the US on a significant scale."

Representatives of the coalition have not commented on the reported death of al-Adnani.

Al-Adnani has been with ISIS since its beginnings and was close to al-Baghdadi, CNN's Nic Roberston said.

In June 2014, al-Adnani was the first to declare a "caliphate" for parts of Syria and Iraq, indicating ISIS' aim of not just being a terrorist group but a governing entity.

He said ISIS supporters in the West had a religious duty to launch lone-wolf attacks. Analysts have said that was a game changer and may have inspired attacks in North America, Europe and Australia.

"He absolutely tried to maximize every opportunity to instill fear in Syria and Iraq and the international community and send fighters overseas to attack," Robertson said.

Prior to his death, the US State Department announced a reward of up to $5 million for information leading to al-Adnani, a "specially designated global terrorist."

"He was the strategic leader of the organization, especially when it comes to attacks on the West," said journalist Grame Wood, Edward R. Murrow Press Fellow at the Council on Foreign Relations.

"To have that voice destroyed is a serious blow to the organization, probably the most significant kill that the enemies of the Islamic state have perpetrated since its declaration of the caliphate."

CNN's Holly Yan and Dugald McConnell contributed to this report.