ISP arrests suspect in theft of wire from interstate lights 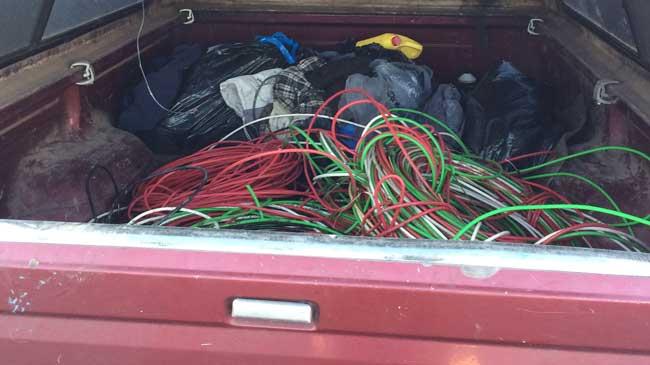 Indiana State Police have arrested a man they say was caught in the act of stealing wire from lights along the interstate.

An Indiana State Police detective who has been investigating the thefts since August 2016 arrested the suspect early Monday morning.

Police said during the investigation through contacts, tips from the public and other technologies, James Higgason III, 47, of Gary, was developed as a suspect.

Early Monday morning, Higgason was observed at Lakeland Park in Burns Harbor, near the US20 to I94 westbound ramp, reports said.

Higgason parked his truck at the ramp, cut the fence, walked through a ditch up to the light poles, cut the wires and dragged some of the wire back to his pickup, police said.

He then drove his truck onto the interstate ramp and loaded the remaining wire into the back of his truck, police said.

Higgason was taken to Porter County Jail in Valparaiso and charged with Theft, Level 6 Felony.

In October, the Indiana Department of Transportation and the ISP held a joint press conference concerning the theft of wiring from lights along the interstate.

During the press conference, INDOT said lighting wire theft has cost the Northwest district more than $100,000 in repairs and replacement costs.