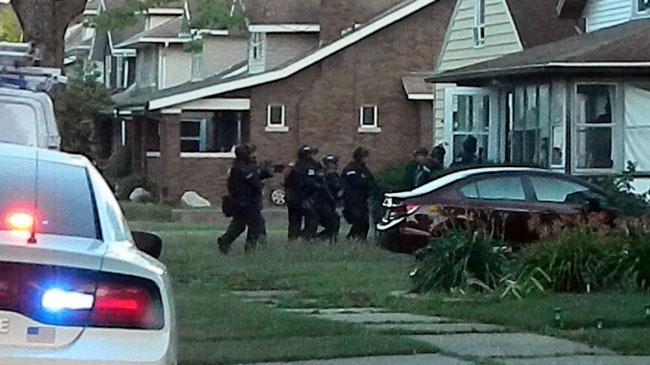 The searches, at 205 E. Victoria, 1514 Fellows and 526 S. Jackson, were a result of a five month investigation, according to an ISP press release.

Undercover officers purchased more than a half-pound of powder and crack cocaine during the investigation, according to the press release.

The South Bend SWAT assisted with the execution of the search warrants just after 6 a.m. Tuesday.

During the search, investigators seized a handgun, shotgun and an AR15-style rifle, methamphetamine, marijuana, drug paraphernalia and ammunition, according to reports.

Authorities are expected to file both federal and state charges against multiple suspects involved in the investigation.