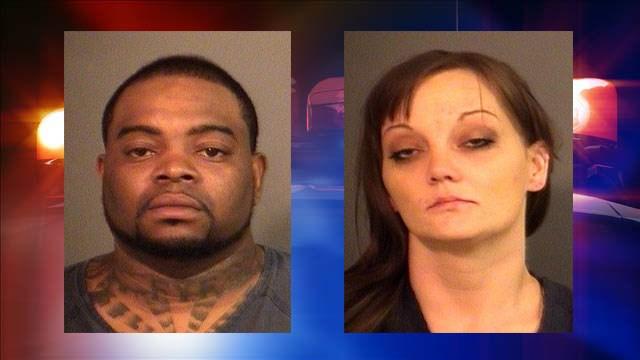 Two Michiana residents are facing federal drug charges after an Indiana State Police trooper found 6 kilograms of methamphetamine in their vehicle. The drugs had allegedly been buried at a home in Michigan.

On April 16, 2016, an ISP trooper stopped a maroon vehicle for following too closely to another vehicle.

When the trooper spoke with the driver and passenger, he noticed both acted nervous.

The trooper requested a K-9 unit to respond to the scene of the traffic stop.

The K-9 alerted to the odor of a controlled substance.

During a search of the vehicle, troopers found six bricks of what was later identified as methamphetamine in the trunk of the vehicle.

When investigators spoke with Nivens she told police she met a woman in the St. Joseph County Jail who told her where to find six kilos of methamphetamine.

The fellow inmate was identified as Hilda Lopez, according to court documents.

Lopez told Nivens the drugs were buried at a house in Vandalia, Michigan and the only other person who knew about the stash was her son, Brandon.
Nivens told police after she was released from jail, she, Eaton and Brandon went to the home in Vandalia and dug up the drugs, according to court documents.

Nivens said the plan was to sell the drugs and give the money to Brandon.

When their vehicle was stopped by the ISP, Nivens and Eaton were headed to meet with the buyer.