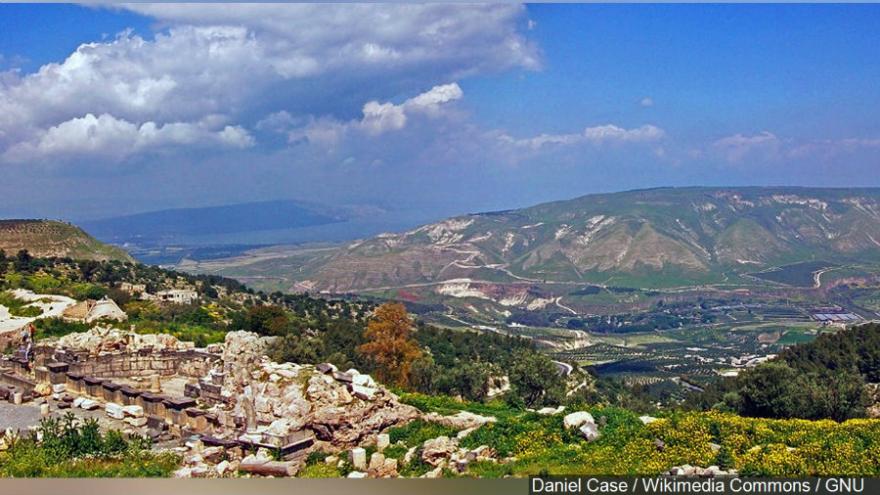 (CNN) -- The Israel Defense Forces shot down a drone Saturday over the Golan Heights, according to the IDF's official Twitter account.

The reconnaissance drone was believed to be operated by the Syrian regime, an Israeli Army official told CNN.

According to information provided by the official, the unmanned aerial vehicle was flying over the demilitarized zone between the Syrian Golan and the Israeli-occupied Golan Heights when it was shot down.

The IDF used a Patriot missile to intercept the drone, it said on Twitter.

Israeli Defense Minister Avigdor Liberman responded on Twitter immediately after the incident, writing, "The State of Israel views with great severity any violation of sovereignty and will respond with force to any provocation."

"We view the Syrian regime as responsible for all firing and violation of sovereignty, and call on it to restrain all the elements operating from its territory," Liberman wrote.

Israel largely has stayed out of Syria's seven-year civil war but has responded when it has felt its self-described red lines have been crossed. Among the most significant of those red lines for Israel is the transfer of advanced weapons to Hezbollah, which fights alongside the Syrian regime.

Israel has conducted dozens of strikes inside Syria in an effort to defend its objectives, primarily against regime targets.