ISTEP testing interrupted for second day in a row 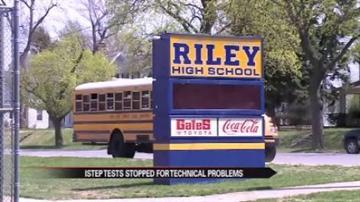 For the second day in a row schools across Indiana had to suspend ISTEP testing because of technical problems.

Across Indiana, schools reported problems with the online test before lunch.

Students say they didn't mind because they know state testing week is going to be grueling no matter what happens.

"It's alright at first but then when you start doing it then it takes a longer time. It makes school longer. There’s some things you'd rather be doing than testing all the time,” said tenth grader Keenen Daniel.

At Penn Harris Madison, the ISTEP testing window has been extended to May 15th to enable them to get all the tests taken.

Testing is expected to resume as normal in the morning.