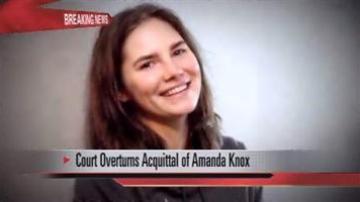 ROME — An Italian Supreme Court ruled that the American exchange student accused of killing her roomate should be retried for the crime.

In 2011, an Italian court threw out Knox's conviction citing errors during the initial trial.