It's (almost) all Greek to me: Hurricane season only has one name left

NOW: It’s (almost) all Greek to me: Hurricane season only has one name left

The 2020 Atlantic hurricane season has been historic seemingly from the start, with tropical storms and hurricanes forming at a record pace.

Now, with more than two months still left in the season, we're already about to run out of storm names. 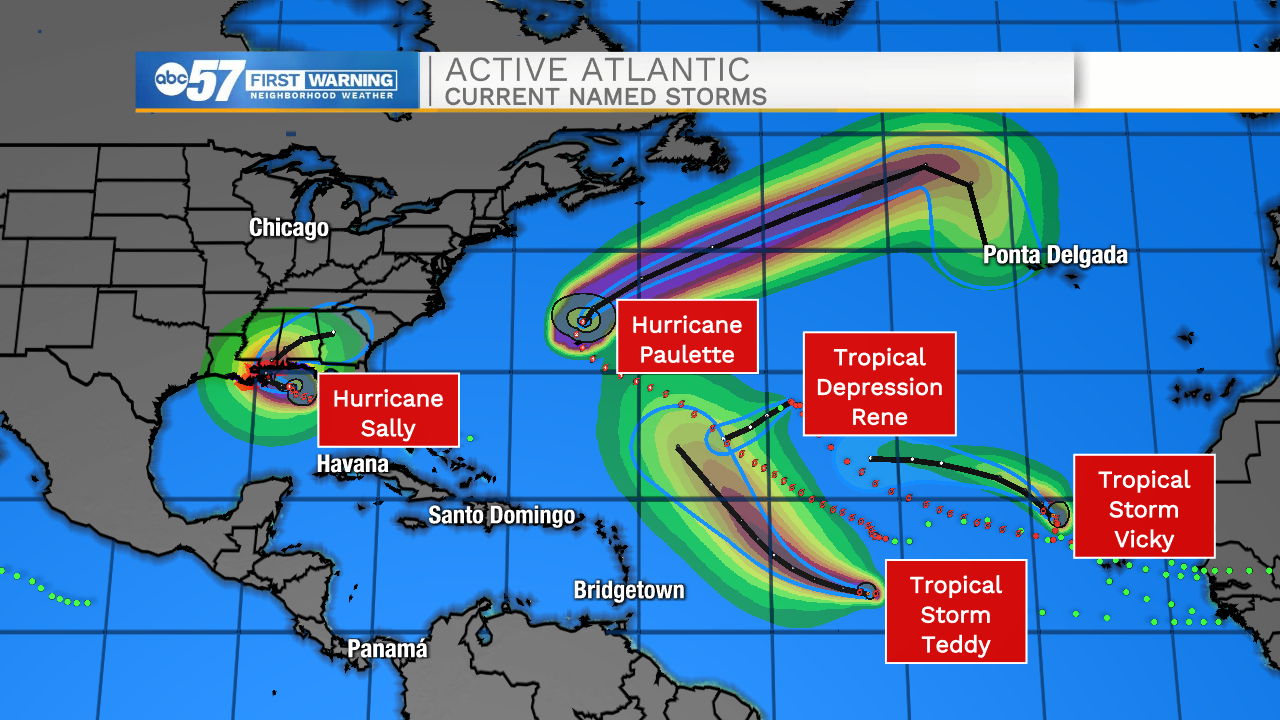 The most dangerous storm of the bunch is Hurricane Sally. Set to make landfall early Wednesday morning, the hurricane could drench parts of the Gulf Shores with more than 15 inches of rain by Friday. 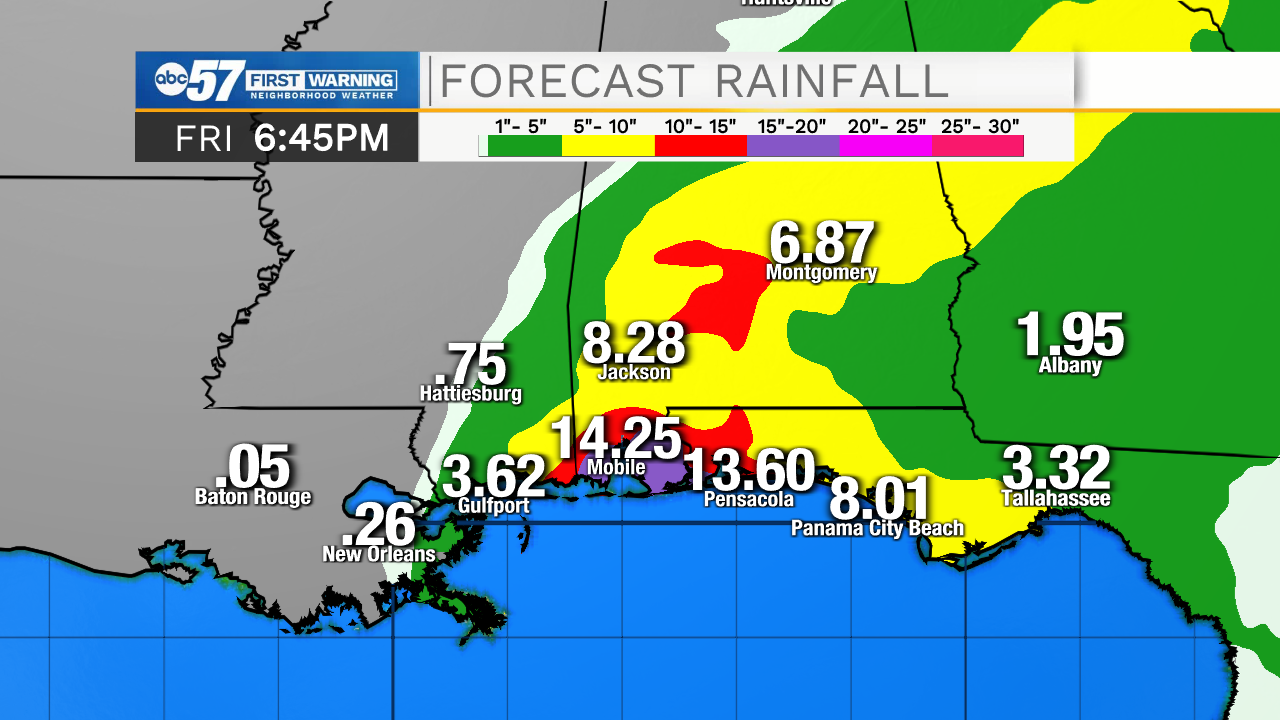 The only name left on the 2020 Atlantic Tropical Cyclone name list is Wilfred. We could potentially see that storm form next week off the coast of Africa. 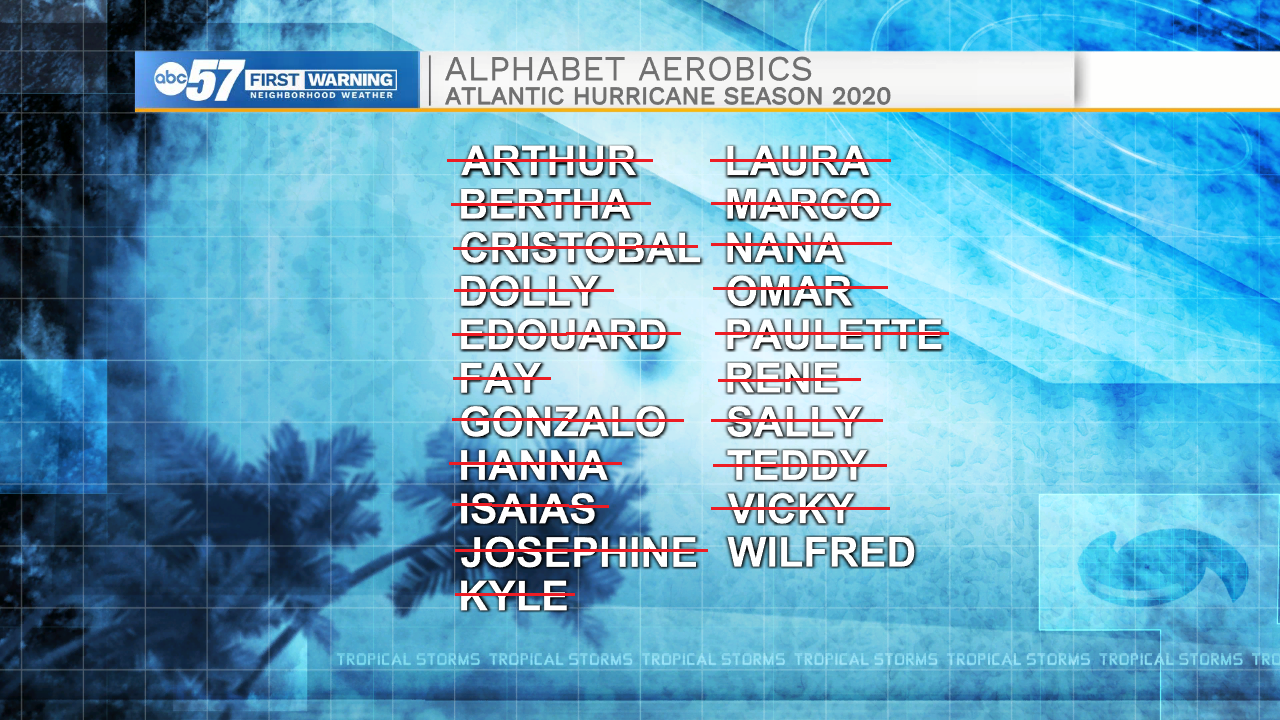 So, what happens when all the names on the list are used up?

The answer: we turn to the Greek Alphabet!

We've only had to tap into the Greek Alphabet only once before. Back in 2005, the Atlantic had 28 tropical cyclones (27 named). So, we used the first 6 letters of the Greek Alphabet (those being Alpha, Beta, Gamma, Delta, Epsilon, and Zeta) 15 years ago. 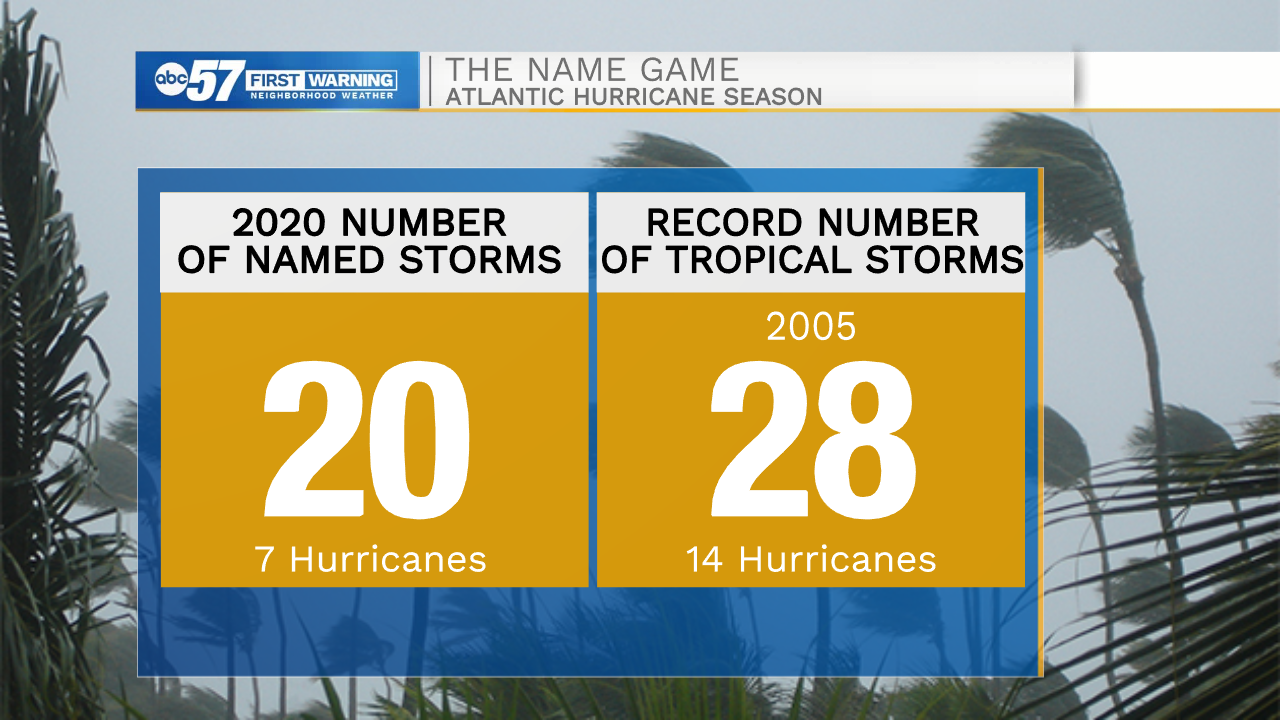 Considering how quickly tropical storms are forming this year, however, we may need to really brush up on our Greek very soon!