It's official: Trump is Republican nominee 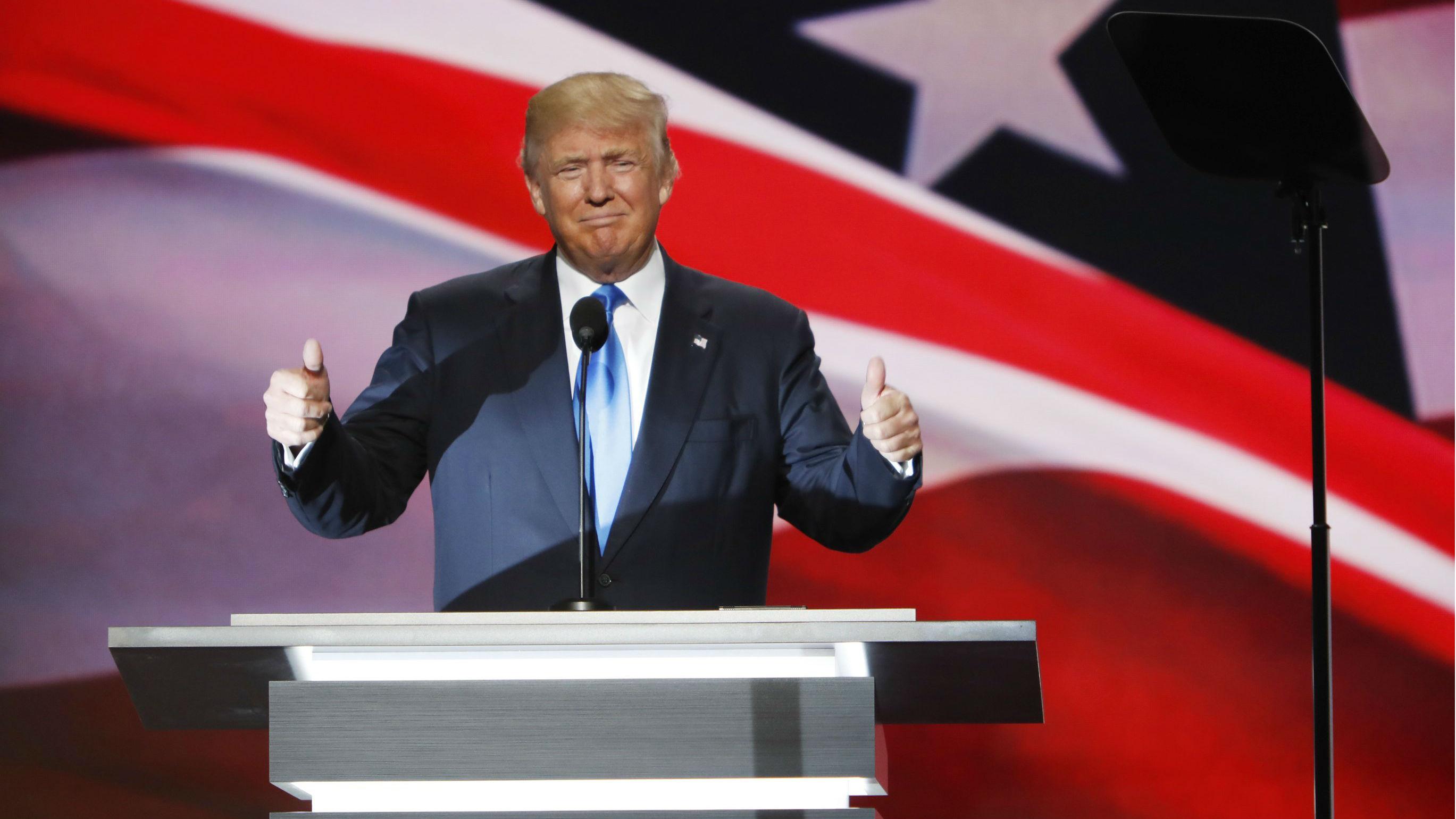 By Stephen Collinson and Tal Kopan

CLEVELAND (CNN) -- Donald Trump, the billionaire businessman whose outsider campaign has both galvanized millions of voters and divided the Republican Party, is the 2016 GOP presidential nominee.

The New Yorker's embrace by the Republican National Convention marks a remarkable moment in U.S. political history and validates a campaign that shattered precedent, defied pundits and usurped the GOP establishment.

His son Donald Trump, Jr., cast the votes for the New York delegation that put the billionaire businessman over the top of the 1,237 delegates he needed to clinch the nomination, as any talk of disruptive protest votes or walkouts dissipated.

"It is my honor to be able to throw Donald Trump over the top in the delegate count tonight with 89 delegates," Donald Jr. said, surrounded by three of Trump's other children -- Ivanka, Eric and Tiffany.

"Congratulations Dad, we love you."

An emotional Ivanka Trump told CNN's Dana Bash immediately after her father was confirmed as the Republican nominee, "It's unbelievable, it's surreal, I am so proud of my father."

"I have never underestimated my father, ever," Eric Trump said.

Donald Jr. was tearing up when he told Bash that putting his father over the top was "one of the more surreal moments of my life other perhaps than the birth of my children. To be able to do that is historic, its awesome."

Trump is scheduled to address the convention via remote from New York in the evening, but tweeted shortly after the vote.

"Such a great honor to be the Republican Nominee for President of the United States. I will work hard and never let you down! AMERICA FIRST!"

The effort had no chance of success since most of the delegates won by Trump in his GOP nominating victory were bound to vote for him in the roll call under the rules of the Republican primary process.

Cruz's inner circle had adamantly opposed any attempt to involve him in last minute convention floor intrigue, a senior adviser to the Texas senator told CNN.

"We're not encouraging it. We're actually trying to stop it," the adviser said.

A rebellion would have emphasized the divides in the GOP torn open by Trump's campaign, which was given little chance of success when he descended a golden escalator in Trump Tower with his wife Melania to set his sights on the White House last year.

"We have gotten off course and the American people know it," Sessions said in his speech, warning that crime is rising, terrorist attacks are proliferating, and Congress is deadlocked, arguing that Trump is the only answer.

"The American voters heard his message and they rewarded his courage and his leadership with a huge victory in our primaries," Sessions said, drawing raucous cheers from Trump fans on the convention floor.

"He loves his country and he is determined to see it be a winner again," Sessions said. "Donald Trump is the singular leader that can get this country back on track. He has the strength, the courage the will to get it done."

Trump's roll call will be followed by the nomination and vote for Indiana Gov. Mike Pence as the vice presidential nominee.

Tuesday's vote passed more smoothly than events on the convention floor Monday when holdouts tried to embarrass Trump by initiating a fight over rules of the gathering.

Trump's team monitored delegates to quell any kind of rebellion, with a team of whips on the floor and eyes in the sky. The Trump delegate brain trust was holed up in a skybox inside the convention center where they tracked the movement of delegates as the roll was called. Trump whips wore neon green hats to make it easier for them to spot.