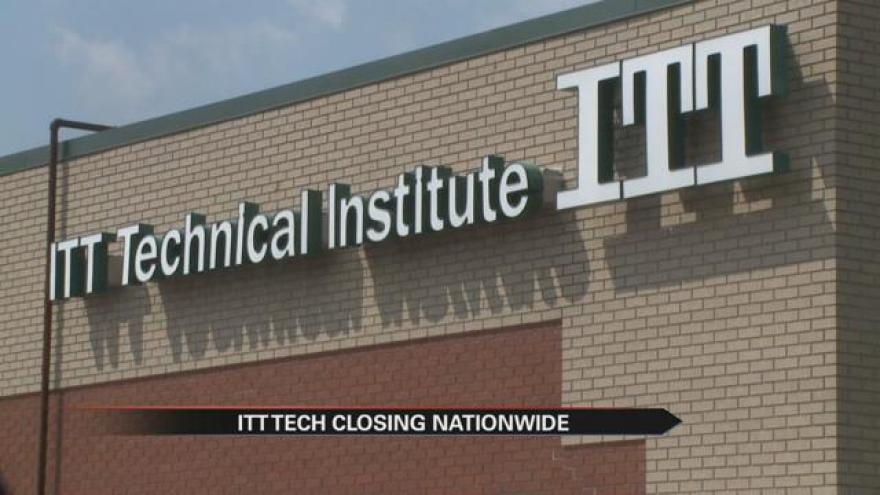 On Tuesday morning, after 50 years, ITT Education Services said it’s permanently discontinuing academic operations at all of its institutes. ABC57 spoke to students who were showing up to the now closed ITT Tech in South Bend just off State Road 23.

The parking lot was completely empty all day and the only note left on the building was from FedEx, who was trying to leave a package.

Students who were seeking out help were angry because they felt like they were getting nowhere.

Daniel Smith, who has been attending ITT since June of last year, woke up to a Facebook message from his friend informing him that their school had shut down. In shock and wanting to confirm, Smith made his way to the South Bend campus to see for himself.

"My plan was to come here to find out what’s going on and to get my transcripts so I can find out about going to another school," Smith said.

Late last month, we first reported that ITT had been slapped with federal sanctions. ITT stated its main focus now is helping students move forward. Students like - Timothy Fall who was six months short of a degree.

"So I came here to see if the dean was here so I can talk to him and I showed up and it was closed down, no one is here," said Fall.

He’s now nervously waiting to get clarity along with Smith.

“I know they’ve got an 800 number I can call but that’s probably going to be my next step,” said Smith.

One former professor, who decided to remain anonymous says this situation is unfortunate.

“I know it’s a scary situation,"” he said. "and my advice would just be persistent and be patient and seek out available resources. You know, unfortunately I don’t have resources that aren’t publicly out there.”

Bethel College says advisors will be available to speak with any affected ITT students and will help develop a personalized plan so they can complete their education.