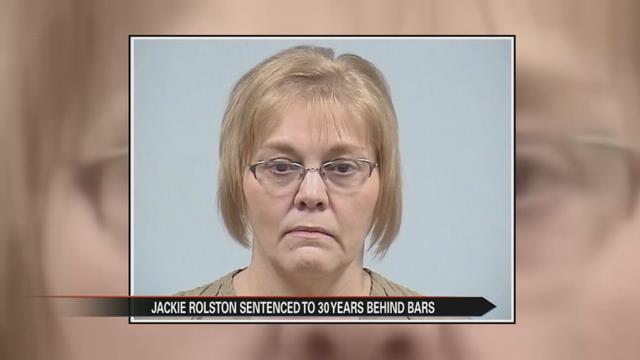 Thursday morning, Jackie Rolston, the woman who just three weeks ago was found guilty of battery resulting in the death of 18-month-old Kirk Coleman, was sentenced to 30 years behind bars.

Angela Garza, who is Kirk’s grandmother, says this will be the first Christmas since Kirk passed that she’ll be turning on the radio and listening to Christmas music, knowing that Kirk can finally rest in peace.

“This was my first son, my best friend, he changed me into the woman I am today,” said Anissa Garza, Kirk’s mother.

Over two years have passed now since Garza’s first son, Kirk Coleman, was killed while in the care of 59- year-old Jackie Rolston.

Thursday morning, a judge administered the maximum sentence to Rolston which is 30 years inside the Indiana Department of Corrections.

“I can’t use the word success in this, no good part of this entire situation, it’s a tragedy all the way around,” said Elkhart County Chief Deputy Prosecutor Vicki Becker.

Becker says no one wanted to believe that someone like Rolston, who dedicated years of service to her community, could do this.

Inside the sentencing room, Kirk’s grandparents read emotional statements, describing a life of hell since Kirk was killed, before asking the judge for a maximum sentence.

Becker tells ABC 57 News Rolston will serve 75 percent, or 21 years, of her sentence.

A 2 year probation period will follow her time inside the Indiana Department of Corrections.

During her sentence, Rolston will not be allowed to run any daycare or be alone with children.