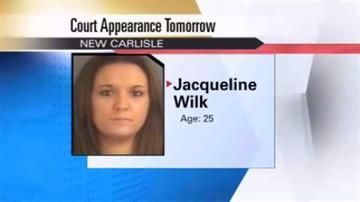 On Monday, Jacqueline Wilk, who was accused in connection to the death of her two sons, will be in court again.

Earlier this month, Wilk was on trial for neglect. But the jury was unable to reach a unanimous decision, which led to a hung jury.

Wilk will appear again in court for her next hearing.

The New Carlisle mother was charged with two counts of neglect after her two and four-year-old boys snuck out of the house and locked themselves in her car trunk.